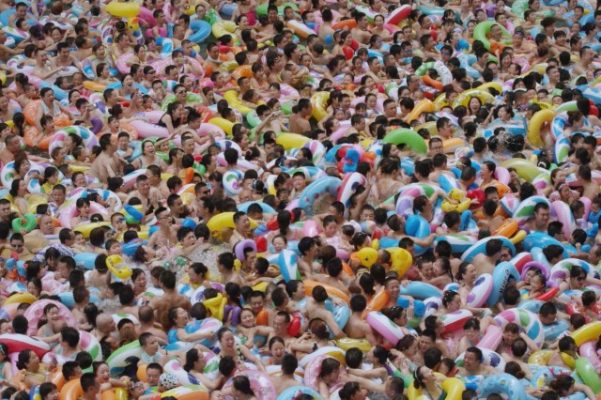 Capital in the Twenty-First Century

A jaunt through the many faces of capitalism, and the tools it uses

We’re halfway through 2020, a peculiar pandemic year which hosts a variety of elections, consequences, narcissistic reaches, and exposure of the toxic systems in place in a way which bathes inequalities – particularly economic – in a floodlight. As the first generation projected to earn less than their parents since the second world war, Thomas Piketty’s book Capital in the Twenty-First Century encompasses everything you claimed to know on Twitter into a malleable chunk of text. Now, Justin Pemberton has re-parcelled Piketty’s book into a documentary which shows how the world has been shaped, and that how if we fail to strike a balance we are, in the politest way possible, screwed.

From French 18th century aristocracy, to the English gentry’s modern-day reproduction of wealth into the UK’s 1%, and the inherited privilege of the “rich kids” of Asia or the US, Pemberton plunges into the depths of commerce, and how capital(ism) has donned various visages over the decades. But it equally recognises the naivety of revolution or forced change and the necessity for organised institutions of education, business and yes, even government. Remarkably, in an era of cancel culture and the tantalising ease of drawing in a radical crowd, hungry to tear down a faceless giant of multinational conglomerations, Capital in the Twenty-First Century tries to present history. The fact is, as much as some regret to admit, the system is flawed, but not quite as those who circumvent it to their selfish gains.

Less a procedural expansion, more an entry point into the powerhouse, influential book, this documentary supplement to the mammoth literary counterpart condenses the source material, and offers ease of access to a wider range for those curious about the behemoth that is capitalism’s secrets. For those who prefer side-cuts and cultural references to embellish their exposition, enter director Justin Pemberton who portions the timescale into landmark film examples. From an explanation of the reality of capital’s foundations in landownership and commerce, and our acceptance of this using Pride & Prejudice, to a wider analogy with Elysium or A Tale of Two Cities, or a trivialisation, such as the French Revolution’s (attempted) abolishment of the aristocracy being boiled down to Tom Hooper’s Les Miserables.

Stepping beyond the works of Austen, much of Capital in the Twenty-First Century’s ease of access is down to its aesthetic structure, with both academics who are not only well versed in their respective fields but equally capable on camera, and enjoyable bite-sized chunks of animation and graphics. With on the nose introductions to the film with Lorde’s ‘Royals’, Pemberton again infuses the importance of cultural substances into how regularly changes or tactics in capitalism are imposed on a general populace.

Tying the knots together, albeit loosely, the documentary takes on an obvious form of narrative as we enter a present era. There’s a horrific harkening to the downtrodden who are vulnerable to the rise of fascism, racism or inward hatred of immigration similar, to the delusional influence of nationalism and prejudice in the spark of the second world war. Sound familiar yet? And while the empty, spiteful tones of Trump and Farage are only heard briefly, Pemberton designs the film in such a way as to allow the audience the grace of beating him to the punch.

Sadistically affable and engaging, though expectedly irksome, Pemberton finds no solution – but did we expect one? The answer to the world’s financial inequalities and wealth distribution will likely not come from the hands of filmmakers. But frustratingly, rather than questioning options or attempts, Capital in the Twenty-First Century’s focus lies squarely on the ‘how’, ‘why’ and ‘when’, yet isn’t keen on investigating the ‘what now?’.