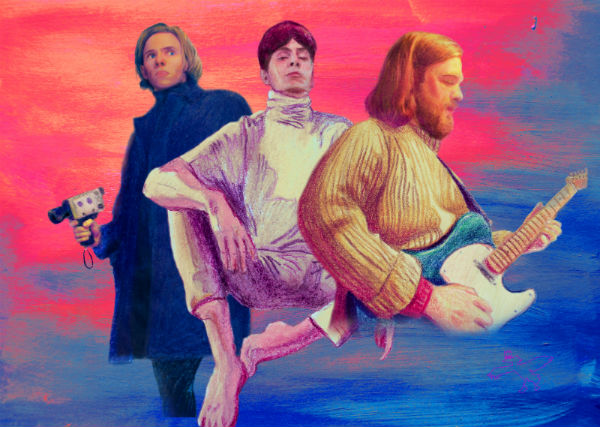 The Cat Man Curse does what it says on the tin; it tells the story of an actor who wants to take on the coveted role of “Catman”, a popular film superhero. His lawyer then reveals that there is a curse which affects every actor who takes the part, and suggests that they should find out the history behind this in an attempt to protect him.

What follows is the perfect dilemma of humour versus plot. On one hand, the comedy is excellent and hits the mark (almost) every time, with delightfully bizarre sketches peppered throughout. On the other, the show itself is just that; a collection of sketches, loosely held together with an overarching theme which often forgets its direction. Once the audience accepts that there is no plot, it is a very entertaining ride. The chasm between this realisation and the rest of the show, however, can be somewhat confusing. They discover the perpetrator behind the curse, only to abandon it three-quarters of the way through the play. There are times when it seems that it will slip back into a linear storyline, before ricocheting off into a sauna scene or a 1970s roller disco.

It feels as if this show would have been better as a series of skits, because it is clear that the Pelican group has plenty of amusing concepts which can’t quite form a cohesive plot. Their comedic timing is perfect and they strike the balance of including audience participation without dragging it out to fill the routine. Furthermore, the tropes they use aren’t too niche as to alienate certain viewers, and the three actors are clearly at ease when improvising off the audience and each other (they take a broken smoke machine in their stride). If Pelican just adjust their format next year, it truly will be a fantastic production.