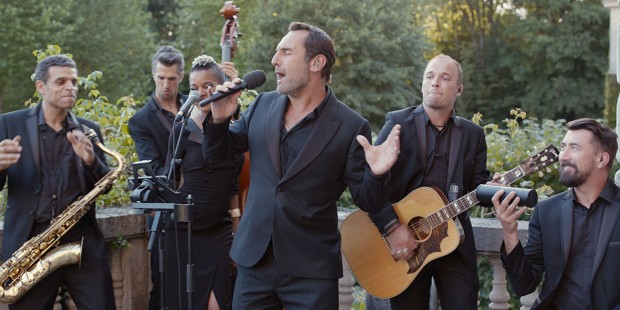 C’est la vie joins classic such as Clockwise and The Thick of It in what might aptly be named the ‘stress comedy’ genre. It’s everyone’s Sunday-night-nightmare: the missed train, the botched report, the wrong trousers.  And yet somehow watching other people fall victim to this weekday horror is inexplicably funny.

The film is set over the course of one wedding and opens with Max Angély, a nearly retired wedding planner, arriving at an opulent 17th century castle to organise the luxurious nuptials.  He has to manage both his haphazard team and the unbelievably obnoxious groom, Pierre. The tension begins.

We flit between the many, many problems that befall Max and his team: people don’t get along, hopeless waiters remain hopeless, lovers are estranged and, oh, there are compulsory wigs. Disaster after disaster piles up upon one another until all explodes in a climax of chaos.

Although this may sound repetitive, you almost get addicted to the stress. The caustic humour makes it fizz, and the tension is peppered with laugh out loud moments. Additionally, the different characters – for instance, the man who can’t stop stating the obvious, the freeloading cameraman and the waiter who can’t tell a fish from an instrument – are tragically recognisable to anyone who’s ever worked in a team.

Jean-Pierre Bacri is outstanding as Max, but perhaps a more unsung hero of the film could be Benjamin Lavernhe, whose portrayal of the ridiculously pretentious groom is fittingly odious and amusing at the same time.

In parts, the surreal moments verge on ridiculous but these are tethered by the dry humour of the rest of the film. The directors, Olivier Nakache and Éric Toledano, who worked together on the previous hit Intouchables, are clearly skilled in balancing emotional heft with black comedy. C’est la vie evokes everyone’s worst workday nightmare, and perhaps if we knew that the results could be so funny, we wouldn’t be worrying about it so much.