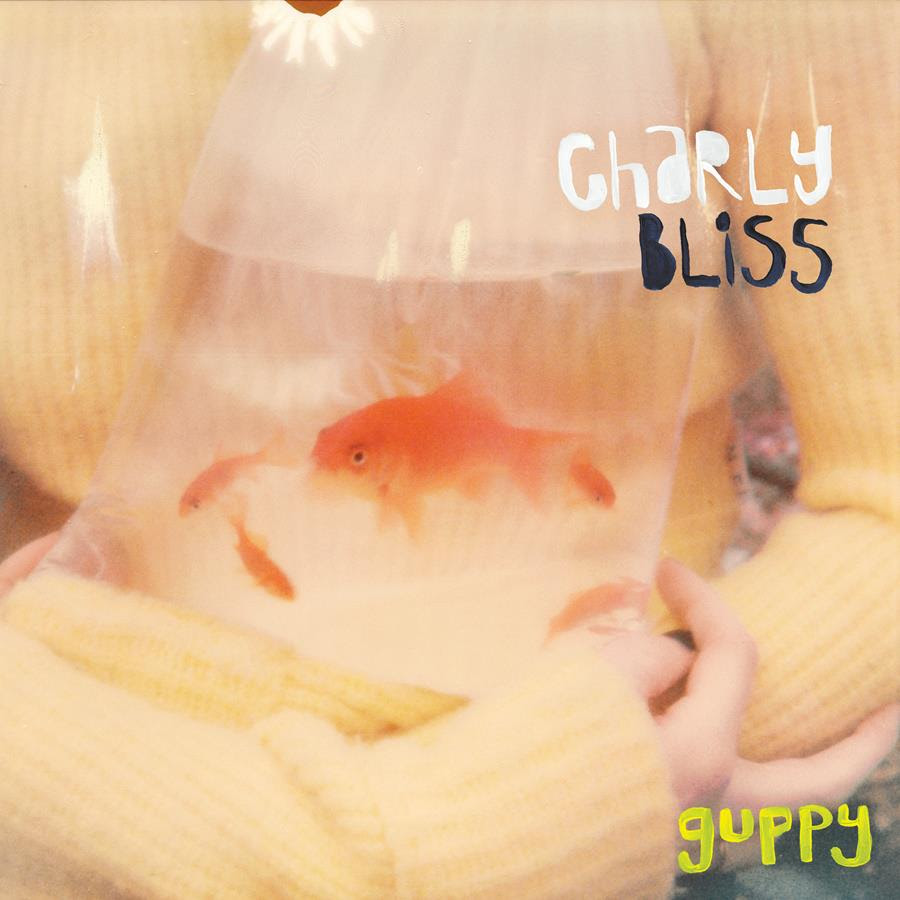 The band have a 90s alternative rock sound which harks back to years listening to your first musical romance in a poster-covered bedroom. They make no excuses for being influenced by Weezer and are honest with their aim of “refining rather than reinventing the pop wheel”. Regardless of originality, Guppy is a fun, head-nodding half hour of nostalgic rock pop.

Although Charlie Bliss see themselves as rock pop, this is pop in the sense that tracks are mostly around the two to three-minute mark and have big choruses. Certainly not, pop meaning the same ten songs that follow you around like a bad fart and slowly turn your brain to mush on every god-awful radio station, in every advert, shop, bar or restaurant for at least a year. No, this is a “good” pop which is heavy on the rock.

Vocalist Eva Hendricks has a sugary voice which brightens up each track, yet even more impressive are the multiple lyrical treasures hidden beneath the silt. Just a few of these include: “I’m not scared to lick the floor because I have sucked on something worse” which sounds like a review of any Hershey’s chocolate bar and “I laughed when your dog died…does he love me most now that his dog is toast?”. There are many more gems which force you to go back and listen again… and again.

One thing that detracts from the album is that the last song Julia is weaker than the rest and almost feels out of place on a record that is funny, filled with hooks and meaty licks. Rather than going out in a blaze of glory Guppy exits quietly out of the back door. Having said this, the other nine tracks are all strong enough to carry Julia home in what is an impressive debut.

The band will play a total of eight gigs across the UK in September and come to Glasgow on Sun 17th. Even if Charly Bliss only refine the pop wheel, their songs are lightyears ahead of the omnipresent toss we put up with every day and give us hope that the future of pop is brighter than we think.