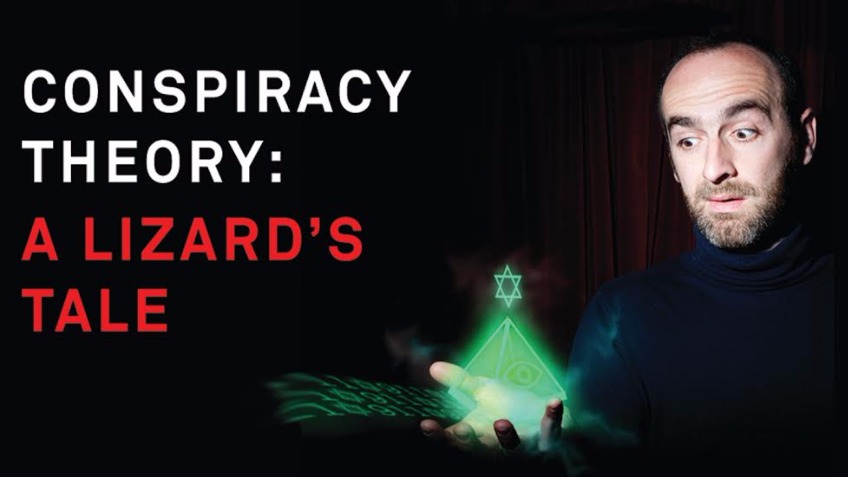 Just the Tonic @ The Charteris Centre

Marlon Solomon didn’t feel all that Jewish until he became fully aware of the sheer weight of anti-Semitism being casually bandied around the internet, on the streets, in sold-out stadiums across the UK and within the Labour Party (of which he is a member). This last point makes his hour-long lecture-cum-stand-up routine all the more urgent and important, shedding light on a subject that many keep trying to sweep under the carpet, all the while contributing to the mess they’re allegedly cleaning up even as they deny it exists in the first place.

While the show does touch on a number of different conspiracy theories, it’s chiefly interested in the one which has a Jewish cabal pulling the strings of global society from behind a curtain, presumably with sinister intent. Through an engaging and educational PowerPoint presentation, bolstered by some lame but laughable (in a good way) rapping and singing, Solomon reveals how such a conspiracy has been demonising the Jewish people for centuries. Although his tone is often wry and frequently flippant, the problems that Solomon underlines are no laughing matter and have very real consequences that impact countless individuals in Britain and beyond.

Solomon’s use of social media is particularly effective. By setting the tweets of disgruntled citizens to music, he light-heartedly highlights how purportedly progressive Britons have no qualms in regurgitating anti-Semitic views, often while simultaneously professing their own innocence and defending other bigots. The songs themselves might be a little trite, but their focus is both alarming and uncomfortable and demands that we sit up and take notice of a form of prejudice that is often neglected in the mainstream media, as well as assess our own attitudes on the topic. While there are no easy solutions to these kinds of problems, Solomon does offer chinks of optimism in between the cynicism and ends on a blessedly high note. You won’t walk out with all the answers, but you might just have a few more of the right questions in mind.