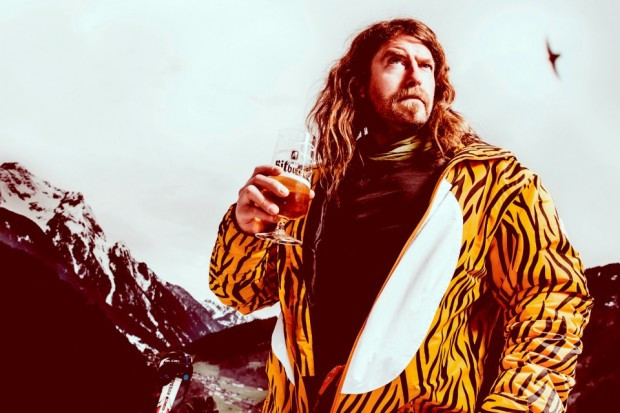 A whimsically absurd set, ruined by alienating the audience

At no point do you have to agree with your audience’s opinions; at no point do they have to agree with the performer’s. Regardless, what the room should agree on is a mutual level of respect. Cutting short, Craig Campbell’s ‘Easy Tiger‘ is an incredibly humorous set. What isn’t amusing is second guessing your audience’s reactions to jokes, arguing with them when they don’t chuckle.

Above and beyond the call of duty, Campbell appears outside the venue to greet guests. It’s going to be a pleasant evening one would feel. Mingling amongst a bustling crowd, unfamiliar viewers encounter a man of urbane charm, welcoming them to the venue so he isn’t alone in the green room. Fifteen minutes into the set, disaster. We once again hit Brexit. It’s almost as if comedians shouldn’t be tackling this subject if: a.) You don’t actually understand it; or in the case of Campbell: b.) You understand it perfectly but can’t keep your personal feelings separate from mutual respect.

In the world of comedy, no one will agree, no one wants to agree. Nothing feeds comedy more than disagreement, humour is often the relief to this mundane complication.

So the crowd, which isn’t the finest, doesn’t laugh too hard at a Brexit joke (more a polite chortle really). Do you move on? How about turning it into verbal fencing? How about stating your audience is soft, unyielding and then second-guess what they do and don’t find amusing for the remaining gig? Well, that would just be ludicrous, no? Regrettably, that’s precisely what Campbell does, and when jokes do land they should land like hippo laden trucks: heavy, unexpected and remarkably amusing. Instead, sharp quips that should be belly-aching are met with a twinge of nervous laughter.

Adapting to the room, judging its swings is vital and Campbell didn’t grasp it. Uncomfortable faces sat surrounded by some on the floor laughing. Divided not by differing political opinions but by someone deciding for them why they hadn’t found a remark funny. After waiting years to finally see Campbell, he’s a humorous chap, genuinely interested in his fans and newcomers. Whilst this may obviously not be a regular issue, once is more than enough to leave a sour taste.