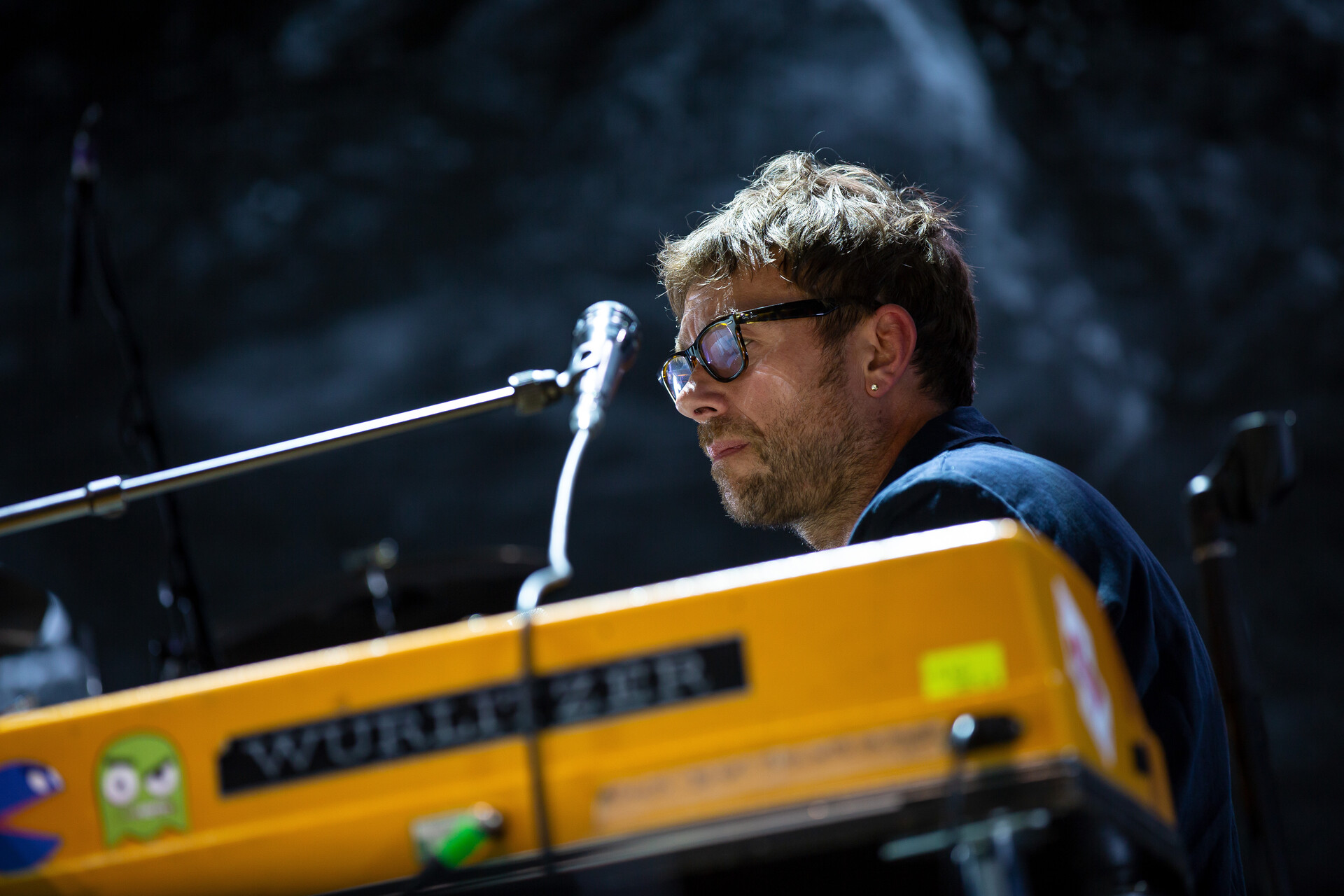 “One mustn’t get too loose,” Damon Albarn says a handful of songs into his second Edinburgh International Festival performance of the day. Though he follows his own advice, the same could not be said for the event itself in what is an uneven but ultimately enjoyable comb through Albarn’s discography, both old and new.

Proceedings get off to a rocky start when Albarn decides to mix up the festival’s social distancing format. Despite a PA announcement telling the audience to stay in their seats – made directly before the band arrives on stage –Albarn informs us that he has been told he can invite people to come and stand at the front of the stage. This bemusing contradiction keeps most people in their seats at first, though soon some people begin moving forward, giving others the courage to sprint to the front. Eventually, just over half the audience is standing at the foot of the stage.

Though Albarn clearly means well, the move throws off the gig’s atmosphere. While those at the front whoop everything from the off, the rest who remained seated seem to still be in a state of confusion/annoyance. As a result, they barely react to the opening tracks of Albarn’s new record The Nearer the Fountain, More Pure the Stream Flows. The band’s initial drowning out of Albarn’s vocals doesn’t help the situation.

Not that any of this throws Albarn off; contrary to his melancholic reputation, Albarn is in very high spirits throughout the show. Frequently bantering with both the audience and his band, his interactions involve joking about his first world problems (of not wanting to wear his specs), telling us a funny tale about an imagined cruise ship band, and unsuccessfully cajoling the crowd into a sing-along.

Despite the inauspicious beginnings, you can sense the crowd gradually coming round. Go Back, Albarn’s collaboration with the late, great Tony Allen, gets the first decent-sized reaction. From there, things begin to fall into place. The gig really kicks into high gear with a beautiful rendition of the sweepingly melancholic The Poison Tree. Even so, it is clear what the audience is here for. The biggest reaction by far comes for the Blur and Gorillaz stuff played later on in the set, such as a woozily atmospheric rendition of Blur’s Out of Time.

This showcase of Albarn’s back catalogue highlights the musician’s diversity. Throughout the performance, we shift from Afrobeat stomp to fragile electronics, jazzy interludes to ska skank, as well as a whole manner of things in-between. Albarn’s range is matched by the band (including a string quartet) who are a tight-knit unit throughout the evening.

Despite the initial crowd confusion and acoustic issues, nobody wants the show to end – both on- and offstage. Though a strict 10pm curfew stops Albarn from giving us more, thankfully there is enough time to end on a high. After a moving outing for his new single Polaris, Albarn closes the show with a sparkling performance of Blur’s This is a Low.