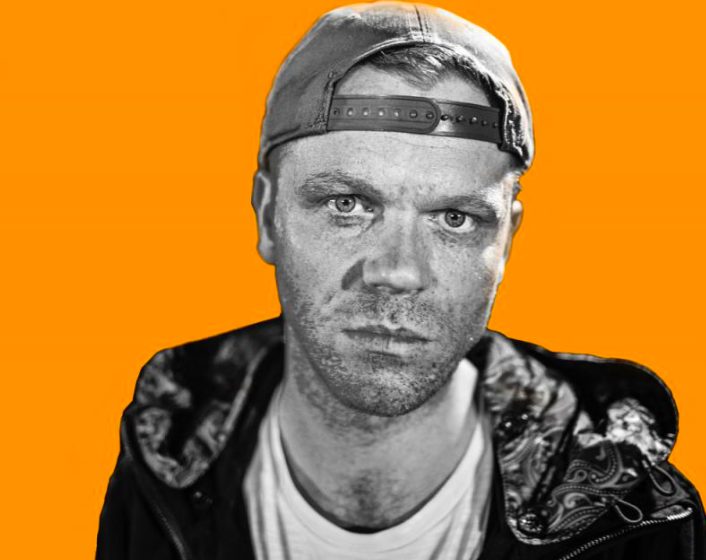 Darren McGarvey (AKA Loki) made his name as a political activist during the Scottish Independence Referendum in 2014. He spoke for the working classes and for those living in the kind of poverty that politicians have never, more often than not, lived. His Orwell Prize winning book, Poverty Safari, thrust him further onto the political stage and now he has become the poster boy for the middle classes, as a figure who ‘bridges the gap’. It is not a position McGarvey is particularly comfortable with.

Perhaps for this reason Scotland Today gets off to a slightly uncomfortable start with the audience not sure what to make of the very intellectual, straight-laced, quantum physics based introduction. McGarvey realises it is not what people may have expected and makes light of the ‘TED talk’ style opening before returning to the Loki people have probably become more accustomed too.

A political commentator he introduces two demographics: CDE2 and ABC1 – the classifications of the working and middle classes respectively. And from here he plays with perceptions of the two to make the very serious point that the ABC1 group doesn’t understand the other and are therefore not in a position to be making the decisions that affect those living in abject poverty.

Things have become complicated for McGarvey though. He used to think people who ate oats, travelled in the first class carriage on the train and had personal trainers were pretentious. Now he realises he is one of them and isn’t sure where he fits anymore.  He uses an odd space continuum idea to try and represent the trajectory of his social mobility and although it serves a purpose in splitting the Darren McGarvey of old and the one of today, it is an unnecessary distraction to what is an otherwise articulate exploration of the current political climate.

Ultimately though, McGarvey is a revelation for the way he approaches social and political commentary and he will no doubt continue to be an important voice in a changing Britain.