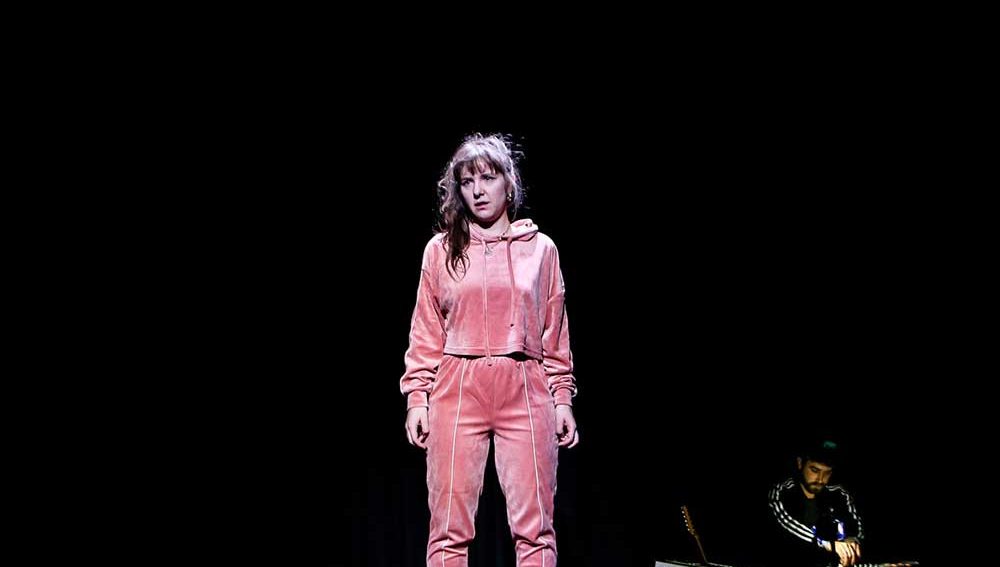 Destiny follows the life of our eponymous protagonist (played by Florence Espeut-Nickless), a 16 year-old living in early-2000s Chippenham whose dream is to be a backup dancer for J.Lo. We are lead through a few pivotal weeks in her life, from hooking up with Tyrone Miller – nicknamed “topless” – in Karma (the best club in Chippenham, nay, Wiltshire), to the aftermath of a vicious fight which leaves Tyrone unconscious. We are only given a cursory insight into what happens to Destiny during this altercation – “look, grab, drag” becomes a motif throughout the show whenever she refers to these moments – but it is easy to fill in the gaps. From then on, we watch as she deals with the repercussions of the night, struggling through her trauma and trying to move past it all.

The show effectively balances a harrowing (but ultimately uplifting) personal journey with the wider issue of harassment and abuse faced by girls at the hands of older men. Whether mentioning bouncers eyeing up 14 year olds or her boyfriend’s father fancying her, the nonchalant way Destiny treats these events conveys the frequency with which she observes and endures them. In addition to offhand comments, however, Destiny is unafraid to take its time delving into these disturbing encounters. In particular, the show masterfully increases the uneasiness around Destiny’s relationship with her youth worker Rick, right up until the inevitable – but nonetheless sickening – denouement.

As with any solo show, the burden falls on Espeut-Nickless to keep us engaged; luckily, we are in very safe hands indeed. She plays a convincingly immature teenager whose hopes are as high as her friends, carrying the show with relentless energy and dynamism. There are plenty of moments of vulnerability, too – she experiences regular flashbacks to the aforementioned assault that night, and panics when being aggressively interrogated during her attackers’ trial.

For a show dealing with such grim subject matter, Destiny closes on a surprisingly uplifting note. We’ve been rooting for our heroine since the moment she came onstage in her velour tracksuit – so the fact that she might have a happy resolution to her story someday, however uncertain it seems right now, is all the more meaningful.