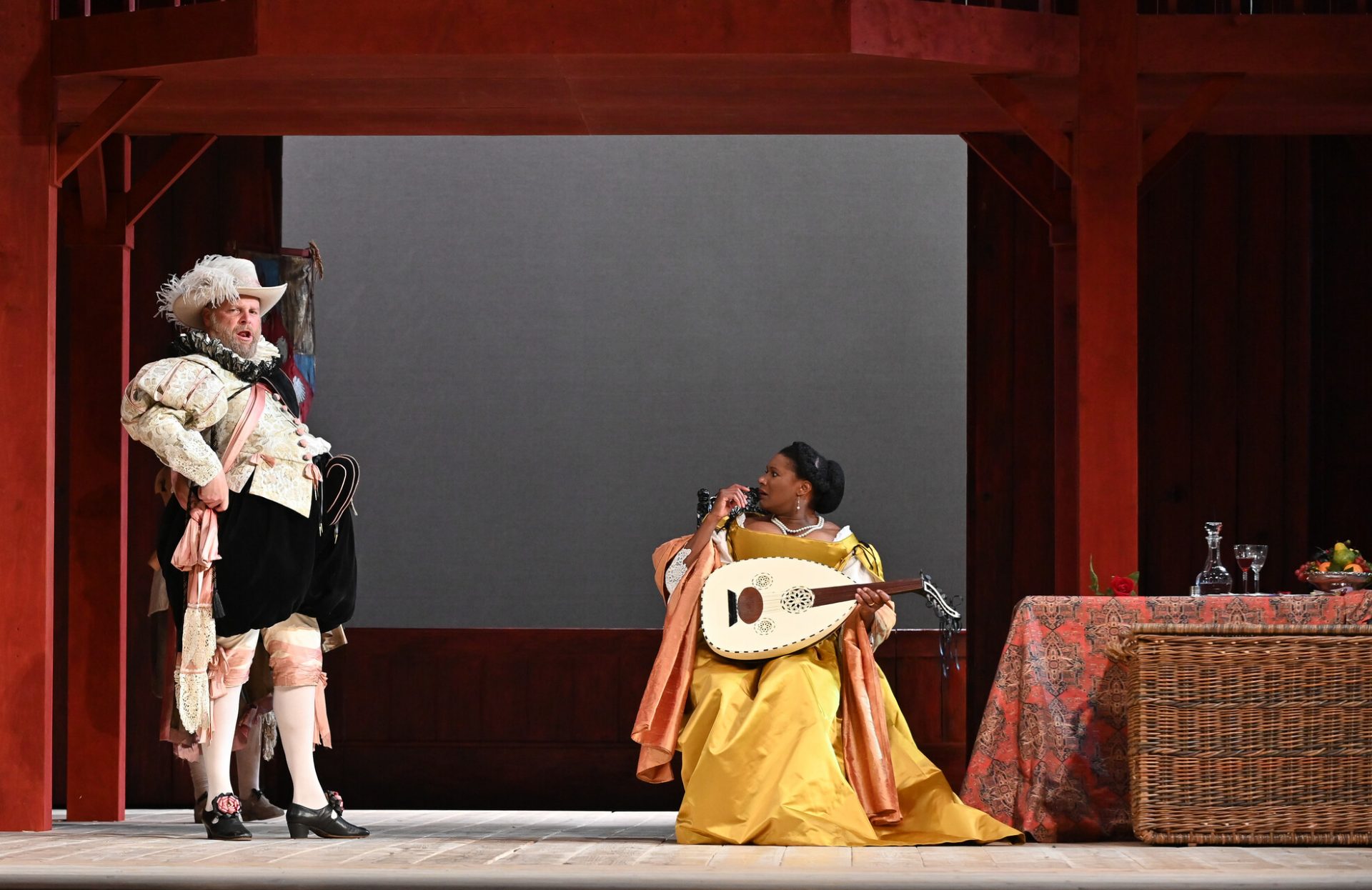 When Verdi completed his final operatic work, Falstaff, he was already in his eighties. It was his first successful comedy and opened to much celebration. The opera, based on Shakespeare’s The Merry Wives of Windsor, has dipped in and out of favour since the premiere in 1893. But as Scottish Opera have proved in this production (sung in English with accompanying supertitles), it makes for an entertaining albeit gentle night out.

Falstaff is a competent staging of what, in effect, is a connoisseur’s opera. It can hardly be called Verdi’s most compelling or memorable work, while Arrigo Boito’s libretto is as funny as a bad English teacher thinks Shakespeare is. Nevertheless, fans of Verdi who are keen to tick off his curious final operatic work will be pleased to see it come to life. Newcomers to opera, on the other hand, may wonder what all the fuss is about.

The performances are great across the board. The titular Sir John Falstaff, Shakespeare’s past-it playboy, is portrayed with ease by Roland Wood. He expertly balances the lustful, scheming, gluttonous side of the character with his vain, foolish, and ultimately likeable side. His performance, supported by a small, talented cast, anchors the production; it gives the audience something to relish, in what is a rather sparse production.

Originally an outdoor presentation, Falstaff provides none of the usual frills and grandeur; rather, it’s quite reminiscent of the stripped-back presentation style of Shakespeare’s Globe Theatre. Production-wise, everything feels held back until the final scene; for once Falstaff is tricked into (almost) repenting by a fake Fairy Queen parade, the design team are allowed to excel at excess. Sadly, up until this point they have been kept on the leash.

Despite its musical and visual restraints, this is an enjoyable and wonderfully performed comedy. Still, for a character as infamously bawdy, excessive and rowdy as Falstaff, it’s a shame to see him in so tame a production.