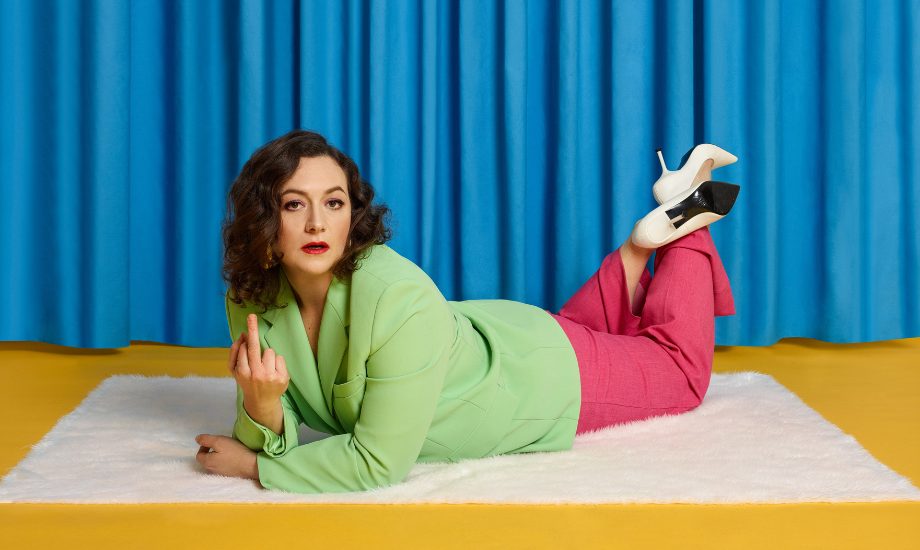 Small talk, big talk and everything in between in this enjoyable hour of stand-up

A lot has changed in Jessica Fostekew’s life since her last Fringe show. The pandemic made her lose her social skills, and ability to engage in small talk. Not a huge issue for most, but in her line of work, it can prove tricky. The pandemic also saw a massive period of personal change, ending a lengthy relationship with the father of her son and embracing queerness in her 30s.

The set opens with Fostekew feeling like the last person to still be doing Wordle every day (although a couple of audience members admit they still partake) and the consequences of the puzzle being bought over by the New York Times. The NYT ‘cancelled’ a bunch of potentially offensive words, including the title of the show – Wench. ‘Wench’ isn’t offensive to the comedian, it’s just one of her favourite nicknames for her son.

An hour in Fostekew’s company flies by as we take a trip through making friends with the older neighbours, the return of the ‘bimbo’, the indignity of getting an intimate wax and fascist cats. The stand-up also realises that at age 39, with a Wikipedia page and a tendency to be completely honest in interviews, on stage and in life that the ship has probably sailed in trying to keep certain elements of her life private. It also discusses the conversations you have with friends when you come out later in life, including the question, “what do you do?” in the bedroom. And the audience is in for a treat at the end of the show when we find out just what Fostekew and her partner get up to (and it’s far wilder than you’ll ever imagine!)

Fostekew has a frenetic energy that’s almost too much for a late afternoon audience who take a few minutes to warm up. By the end though, everyone is won over and the room is erupting in laughter as the silliness intensifies. A thoroughly enjoyable set, with witty moments that will leave you chuckling long after you’ve left the room.