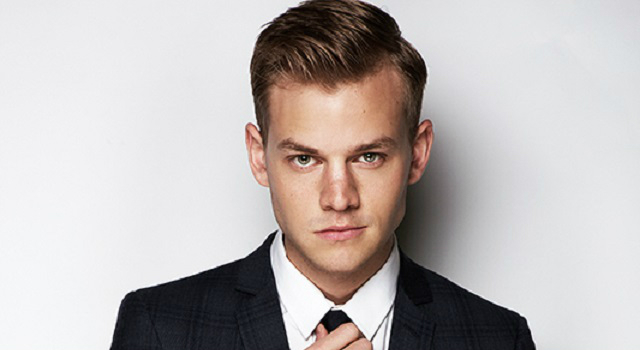 [Rating:4/5] Bright, friendly stage presence makes the crowd feel like they're hanging out with a really funny, sassy pal.

Sex parties, Taylor Swift and pancakes makes for an unlikely, but enticing combination in Joel Creasey‘s The Hurricane. The charismatic and somewhat camp 24-year-old Australian makes his debut at the Edinburgh Festival Fringe to a sparse, but enthusiastic audience. The hour flies by with his alluring flair; really working the stage and the audience being both educational (the type of diet to eat before engaging in certain activities) and unapologetically cheeky (how horrible he is to get on with during a break-up).

Creasey is a descriptive comedian telling stories with grand gestures and facial expressions dragging the audience into his experience whether they want to or not. As one of the contestants on the Australian version of I’m a Celebrity… Get Me Out of Here, Creasey spills the gossip about Marsha Brady (Maureen McCormick) and the carnage that ensues when you dump a bunch of celebrities in the African jungle. He paints a picture of some of the hilariously awful things he’s done involving a packet of his own sick and keeping his mate’s cat alive. Touring well in his home country, the young comedian has the potential to appeal to international audiences and is one to watch.

Already huge in Australia, he was one of the youngest nominees for Best Newcomer Award at the Melbourne International Comedy Festival 2010. His bright, friendly stage presence makes the crowd feel like they’re hanging out with a really funny, sassy pal. The homemade costume at the end really adds to the experience and he should maybe consider wearing it the whole show.