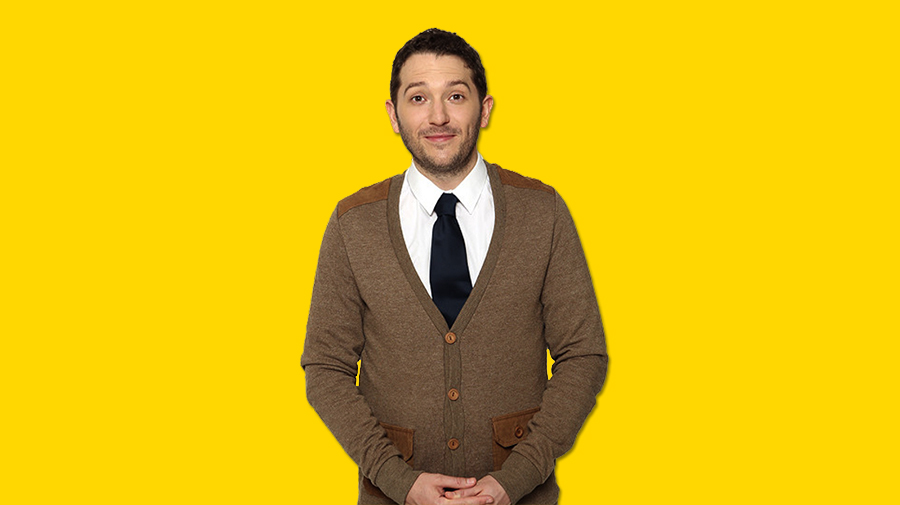 The grumpy old man routine is perhaps nothing too original on the stand-up circuit, and probably no one has ever been able to top the style of Jack Dee who has made a career out of not being able to smile. However, Jon Richardson is having a go, with a national tour of his slightly old fashioned yet likeably charming set. His old man routine is a bit warmer, has a bit more of a grumble than a rant and contains plenty of familiar observations that have the audience nodding in appreciation. He also smiles a lot more – whilst wearing a cardigan (or two).

Despite the title, Richardson is a sprightly 35 years old. He’s a likeable presence on stage and takes his time with the evening’s entertainment. A regular familiar face on TV comedy show panels such as 8 Out Of 10 Cats Does Countdown, Richardson is picking up quite a following now and his insight into the reality of being a minor celebrity is a highlight of the set. Richardson really uses himself as a target throughout the night and it’s an encouraging way to get the audience on his side. Within this, Richardson has a few moments of interaction with the audience which really show off his natural ease and the moments where he discusses his fans and the use of Twitter are uproarious.

These moments are a little sparse however, Richardson’s style of comedy is likeable if hardly ground-breaking. When smiles are the outcome rather than belly laughs it can make the pace of the show seem a little laborious and eventually it all slightly fizzles out. Richardson mostly avoids politics (thankfully) or anything too controversial and seems to prefer an old school style of topics. The set contains more insights of the comedian’s home life and observations of the differences between him and his wife at home. For a cold winter Sunday night in the lovely little city of Perth, it was the perfect evening’s entertainment with a universal appeal, judging by the wide age range of the audience. Some people may go to the show expecting a bit more bang for their buck, but realistically Richardson’s Old Man is an old school pleasure.