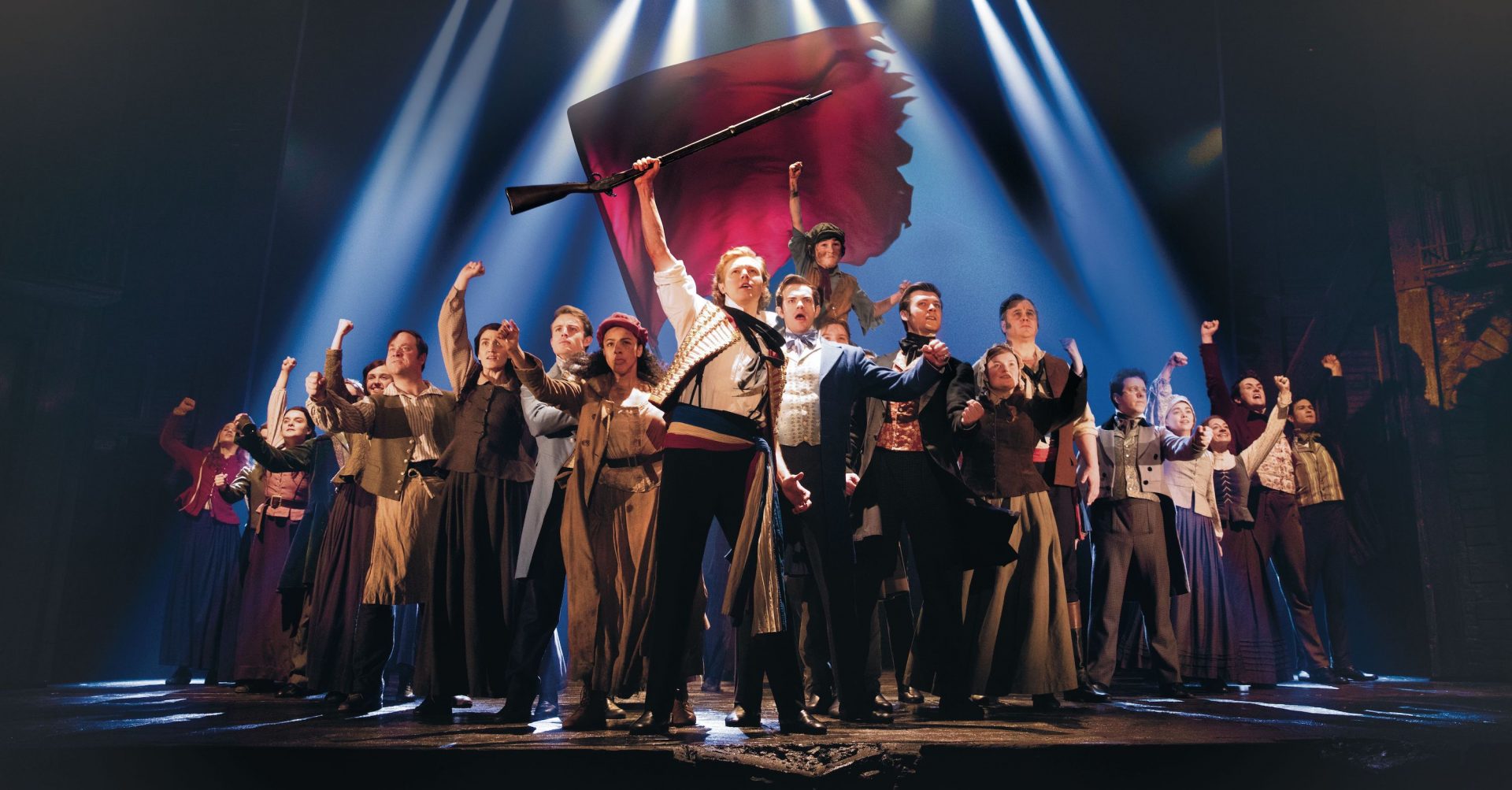 World-renowned production is a revolution brimming with delights and despair

From its first tolling drum beat to its final triumphant chorus, Les Misérables takes hold of its audience and refuses to let go until there isn’t a dry eye left in the house.

Based on one of Victor Hugo’s most famous novels, Cameron Mackintosh’s production of Alain Boublil and Claude-Michel Schönberg’s renowned musical has wowed audiences the world over for years, touring in 52 countries and in 22 languages. In the capable hands of directors Laurence Connor and James Powell, and with a first-rate orchestra and outstanding cast, this latest run of Les Misérables at Glasgow’s Theatre Royal will likely be no exception.

Set against the shadowy backdrops of Hugo’s own illustrations, Les Misérables tells the tumultuous tale of protagonist Jean Valjean, played to perfection by Dean Chisnall – an actor well-acquainted with this role through his run at London’s Queen’s Theatre. At its core, Les Misérables is a story of conflicts: between rich and poor; between one character and another, and between duty and passion.

Right from the opening scenes, Chisnall’s Valjean battles against the frustrations of life as a former convict in a France ravaged by revolution, poverty, and prejudice – quickly realising the irony of his harsh new life as a “free” man. When he is caught stealing from a kindly Bishop who does not turn him in, instead offering him a chance of redemption, Chisnall plays out Valjean’s emotional conflict with heart-rending intensity.

The other major conflict facing Valjean comes in the imposing form of the pious, powerful Inspector Javert. Actor Nic Greenshields looms menacingly over Chisnall’s Valjean – and indeed most of the cast – like a predatory shadow, dealing merciless justice to all in a thundering voice that never fails to send shivers down your spine. Every encounter between Valjean and Javert is fraught with tension, each man and his ideals serving as a poignant reflection of the battles playing out across nineteenth-century France.

Further standout performances include Katie Hall as Fantine, whose rendition of the classic ‘I Dreamed a Dream’ is heart-breaking, breath-taking and everything in between. Nathania Ong as Eponine delivers ‘On My Own’ and ‘A Little Fall of Rain’ with tragic, flawless grace, while Samuel Wyn Morris inspires and thrills as the fearless Enjolras. The few moments of comic relief in Les Misérables come courtesy of Ian Hughes and Helen Walsh as the heartless but hilarious Thénardiers. Paige Blankson and Will Callan as young lovers Cosette and Marius also bring much-needed charm and hope to an otherwise dark and haunting narrative.

Accompanying this phenomenal cast is a stunning orchestra directed by Ben Ferguson. Long-time fans will delight in the calibre of the musical performances throughout the show, from swelling with anticipation in ‘One Day More’ to fighting back tears as Valjean plaintively sings ‘Bring Him Home’ from the iconic barricades.

Whether seeing it onstage for the first or the fiftieth time, Les Misérables is a flourishing triumph of sight, sound, and storytelling, bleak and beautiful in equal measure and an all-round unforgettable experience.