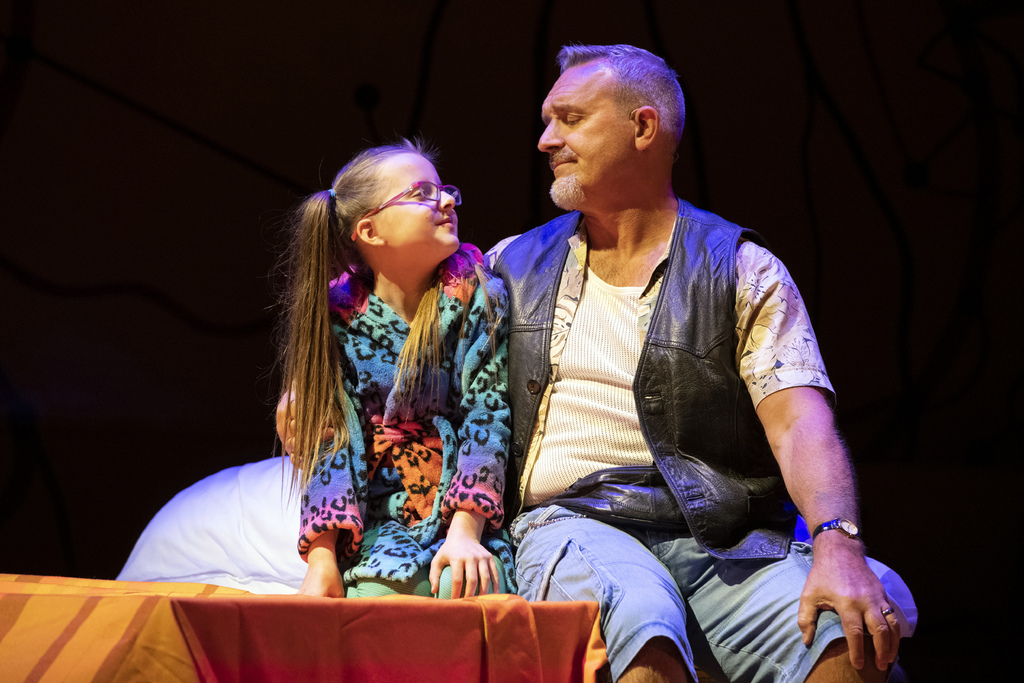 Far too twee, with no real grit

Continuing an increasing trend in theatre, Little Miss Sunshine is another stage adaptation of a popular film – in this case, the Oscar-winning 2006 comedy from writer Michael Arndt. This version also comes with the addition of musical numbers from Tony Award-winning William Finn. Unfortunately, from the opening lacklustre number – ‘The Way of the World’ – alone, it becomes apparent that something is amiss here.

The open plan, fairly abstract set design (painted to look like a Jackson Pollock version of a GPS road map) feels far too empty, and as the characters enter they seem to wander a little without much to interact with. A little swing finally kicks in when central character Olive (Evie Gibson) arrives on stage, bringing some cutesy comedy. Oddly, it’s the child actor who brings most of the laughs for the remainder of the show.

‘The Happiest Guy in the Van’ is the first – and almost only – song that may begin to justify the choice to make Sunshine a musical rather than a straight play. However, that’s probably because the raucous lyrics from Grandpa Hoover give the audience a jolt and a chance to really laugh for the first time. Most other songs feel like they’re in the way of the plot, rather than aiding it – which is especially worrying for a musical – and there are some awkward transitions, including Olive’s ‘mean girl’ peers who are presented on stage as a mirage in her mind singing various interludes. Moreover, the confusing choice to have them played by adult actresses is another real misfire.

The pageant finale scene – one of the film’s most memorable and brilliant moments – is played with fun, an appropriately ridiculous song, and, again, a standout turn from Olive. However, it’s too little too late and the show comes to a welcome close soon after.

What worked about the film was the darkly comedic juxtaposition of plot and characterisation: a family road trip to a child beauty pageant clashing with brutal personal struggles of the multi-dimensional players. But matching the same story-line with 50s-style musical numbers eradicates the black comedy. Instead it ends up being far too twee with no grit.