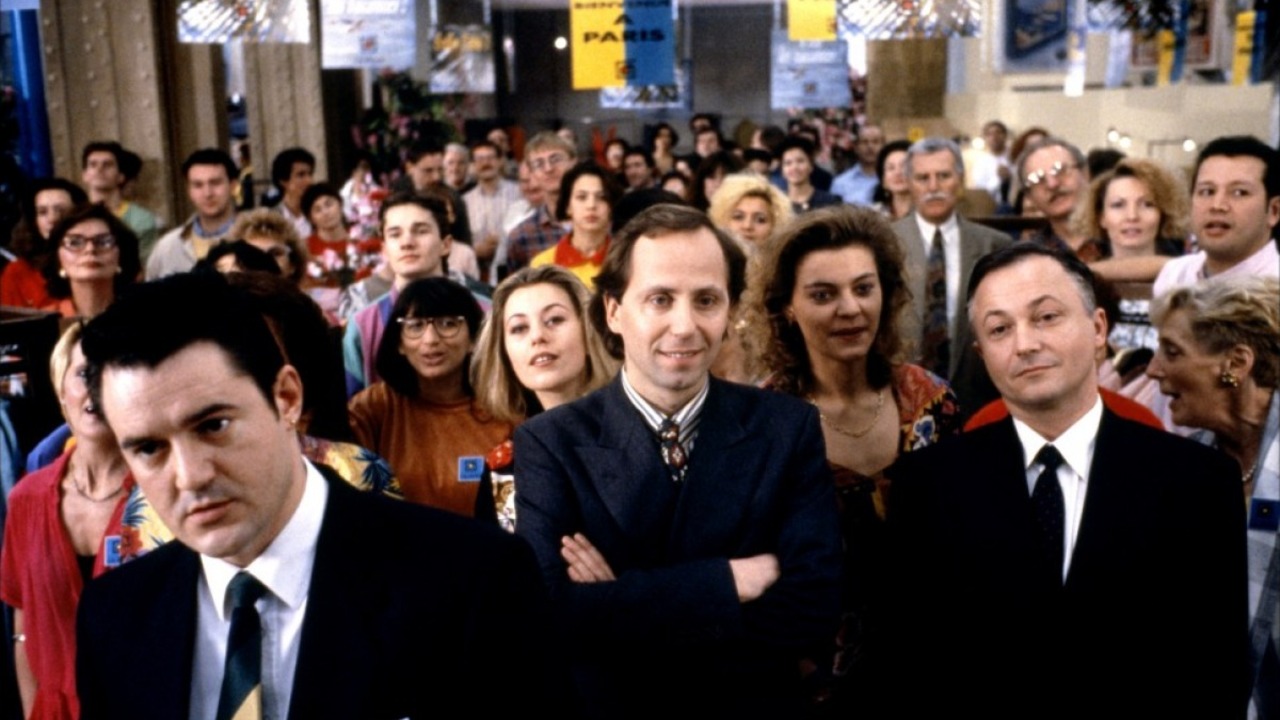 Witty and surprisingly nuanced pastiche of the world of commerce

The Grandes Galeries is one of Paris’s oldest shopping institutions, but the department store has fallen on hard times. Haemorrhaging money, the firm’s owners draft in a hotshot young manager (Monsieur Lepetit, played by Fabrice Luchini) with big ideas about how to turn those losses into profits, primarily by engaging the staff to feel like one happy family. Cue a series of eccentric and sometimes cringe-inducing team-building exercises, including a bungee jump, department-wide song recital and condescending class in the best way to smile at customers.

This feature-length debut from acclaimed French director Cédric Klapisch looks at the rigmarole of the modern rat race and puts the microscope firmly on the rodents within it. In that sense, Lepetit could be said to be the protagonist of the piece, but this is far more an ensemble work with no ‘main’ characters and instead a focus on the humanity which links everyone in it, from the haughty sales girl to the crotchety junior manager to the irreverent rebel to the sleazy security personnel. No one is presented as either less or more than what they are, warts and all, and the film is all the richer for it.

It’s also an incredibly funny pastiche of the hypocrisy of modern commerce. By juxtaposing the idealistic ambition of Luchini and his favoured disciples against the attitudes of the rest of the staff, which veer from cynical to workshy to melodramatic to gossipy, we have a perfect view of the diverse patchwork of the human race – and how uneasily they can be parcelled up and fitted into Luchini’s dream vision for the company. All the same, his unorthodox methods and tenacious optimism do seem to have the desired effect, as consumers once again begin to return in droves to the once famed store.

Such an emphasis on the human side of retail would not be worth its salt if it weren’t for the performances, and fortunately the cast are all equal to the task of matching Klapisch and Jackie Berroyer’s witty script, delivering their offhand gags and peculiar foibles with idiosyncratic realism. Even minor characters are fleshed out and given their chance to shine, gifting a depth and richness to the film that is sorely lacking in many of its contemporaries and successors.

Despite the current of subversive humour and barbed social critique which runs throughout it and is accentuated at the film’s finale, Little Nothings is still upbeat, frivolous and hugely enjoyable. Never one to get bogged down in the themes it discusses or the characters it confronts, the movie would much rather make light of the situation… which is perhaps good advice for anyone who suffers their next bad day at the office. A true gem of undiscovered French cinema and a signpost of the talents that Klapisch would develop in his later work.