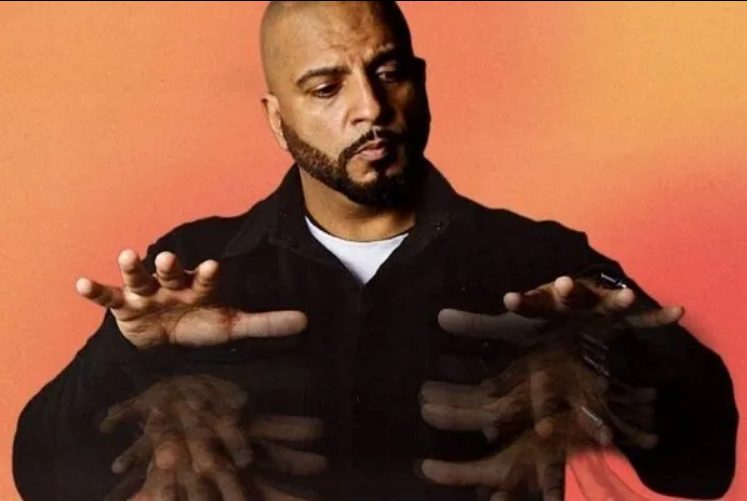 Laugh out loud funny show about trying to find your people

His signing is beautiful, lyrical and a pleasure to watch

Rinkoo Barpaga was born in a hospital next to a prison in Birmingham. To Punjabi parents. He was born deaf. As he observes, there are easier starts to life. Made in India Britain is a funny, frank account of growing up in Britain and never quite feeling that he fitted in.

When he was young, the medical establishment still subscribed to the opinion that deaf people should be taught to speak in the same way as a hearing person. So encountering a group of d/Deaf children who communicated in British Sign Language (BSL) at primary school was a revelation. Learning to sign over time opened a whole new world to him. At last, he said, he’d found his people – he thought.

Encountering racism and discrimination at school, from both pupils and – horrifyingly – teachers, he expected to be welcomed into the d/Deaf community without a backward glance. But the show charts his disappointment as he encounters discrimination towards the colour of his skin from the very people he’d expect to be on his side. And even when his dad whisks him over to India, he doesn’t seem to fit there either.

Barpaga signs his story using BSL. His signing is beautiful, lyrical and a pleasure to watch, a combination of practical information and engaging story telling, carefully orchestrated by director Tyrone Huggins. For the non-signers amongst us, Mathias André is the voice actor, warmly and empathetically vocalising Barpaga’s story. Sound effects and occasional lighting cues punctuate the story.
This is a brilliantly thought-provoking piece of story-telling that invites the audience to question whether it’s possible to feel like you belong when you bump into structural and psychological barriers, every which way you turn. It would be easy for Barpaga to wallow in bitterness but instead, he’s created a laugh out loud funny reflection on how people cope when their pigeon holes don’t work for them.