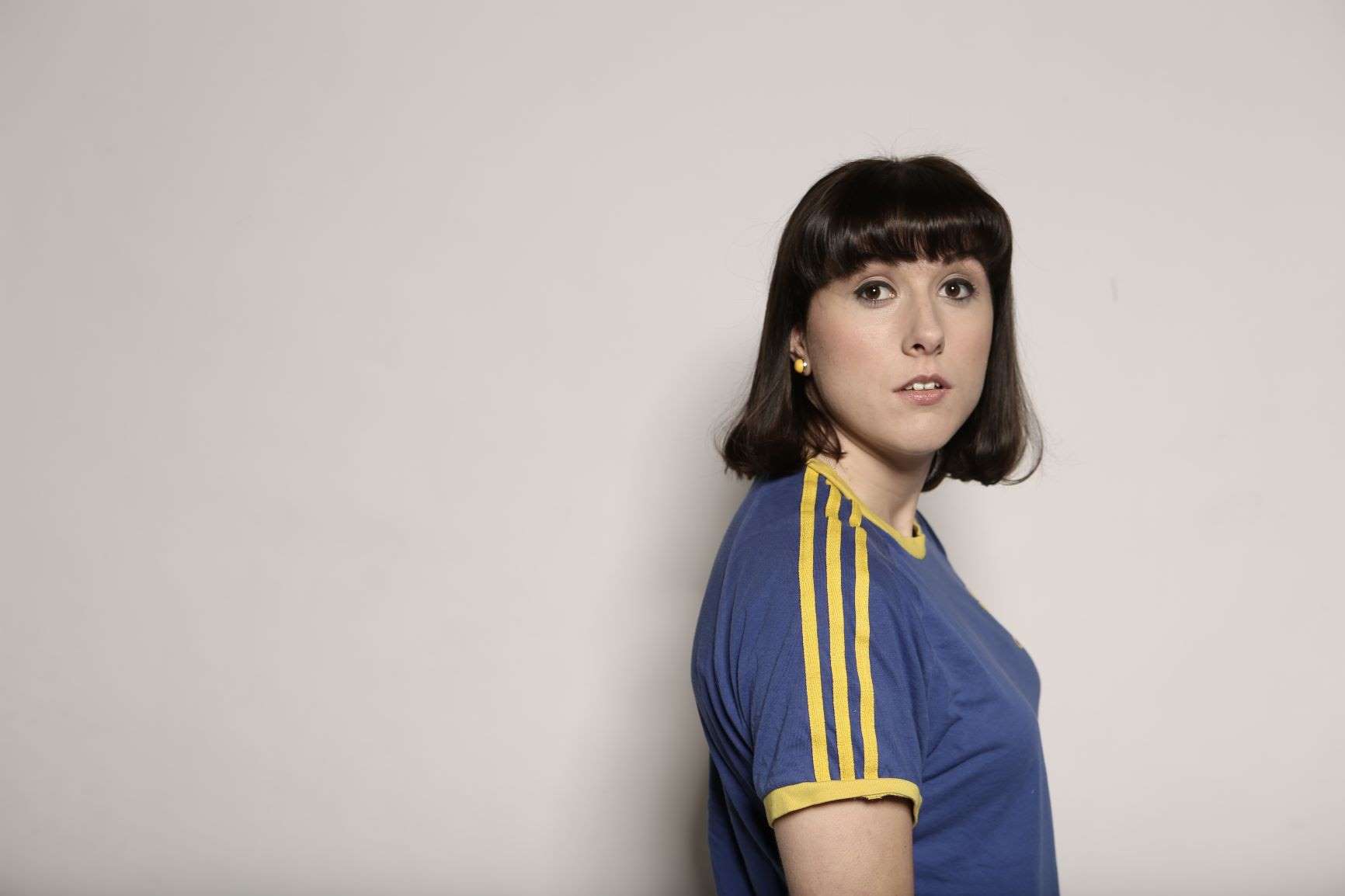 After a storming Fringe debut which saw an Edinburgh Comedy Awards Best Newcomer nomination for Vague, Maisie Adam returns to the Gilded Balloon with her second show Hang Fire, another hilarious hour from the crisp, consummate stand-up.

Hang Fire is largely about how we shouldn’t judge a book by its cover and the audience are presented with some anecdotes about the danger of making assumptions. The most obvious assumption frequently made about Adam is that she’s working-class because of her Yorkshire accent, when she’s actually middle-class. And, as the show progresses, we discover that there are other events happening in the show narrative that can’t be taken at face value. Private ‘indiscretions’ and public falls from grace collide in the vignettes and the audience begin to question their own moral compass and whether or not we’ve ‘owned’ our past transgressions.

When we arrive at the venue, six pieces of paper are suspended on a washing line: mugshots of people who made a split-second decision to do something illegal and got caught. They include Mick Jagger, Hugh Grant, Justin Bieber and Winona Ryder. Each faced public judgement for split-second mistakes after owning up to their wrongdoing. The identity of the final two pictures is a rug-pulling reveal which changes everything that’s gone before. The hour delivers consistently on laughs but is not afraid to veer into dark territory and spring shocks on the audience.

Adam is a gifted storyteller who draws on her own experiences to comic effect and the audience are happy to be taken along for the ride. Her stage presence belies her relative newcomer status and hints at a glittering career ahead. The comedian has managed to escape the curse of the ‘sophomore slump’ and has delivered a show just as fantastic as Vague with flashes of real brilliance and verve.