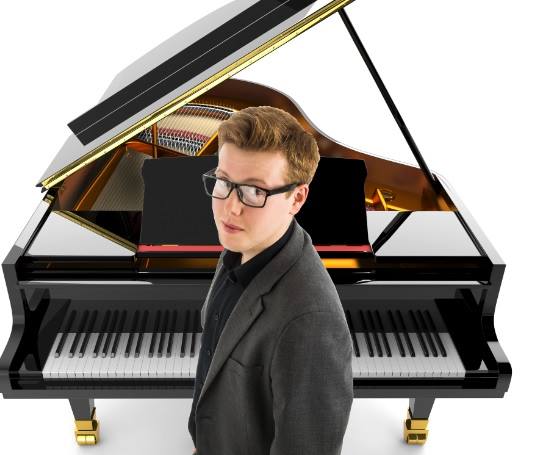 [Rating:5/5] Vocally on point and quietly shining on stage with musical maturity beyond his age, McDonagh is a pleasure to watch and listen to.

Several performances as part of the free festivals.  Most up to date gig list here.

Playing during a tough 7PM Sunday evening slot, Matt McDonagh manages to wake the crowd up with original tunes and cleverly re-worked covers with guitar and keyboard. The young musician is a pleasure to watch with an adorably awkward at times stage presence that really suits his slightly geeky persona and the selection of music he plays.

Looking a bit nervous to start with, Mcdonagh quickly settles in and it’s evident that he loves what he does. Occasionally he cracks a smile like a kid on Christmas morning. It’s rare to watch a performer who outwardly projects how happy and excited he is to be on stage. The Cowshed is fairly packed for McDonagh’s show with half the audience singing along to some of his originals making it clear he already has a good fan base.

Rock Around the Clock was a fun cover and has everyone swaying along being recognizable, but with some unique twists. Mcdonagh’s covers have some signature flair making them his own rather than strictly regurgitating the originals. His own songs are good; melodic, catchy with passionate lyrics usually involving love and girls. One of McDonagh’s originals, Girls Make Me Nervous is catchy and audiences will be singing it long after the show. While he has particular qualities, the polished performer most resembles Ben Folds Five in sound.

Vocally on point despite having a cough, he maintains energy and drive throughout the whole performance with the hour flying by. As the audience leaves the venue, they’re all smiles having caught McDonagh’s infectious enthusiasm for his music.  Quietly shining on stage with musical maturity beyond his age, McDonagh is a pleasure to watch and listen to. Now we just need to wait for him to get on Spotify.