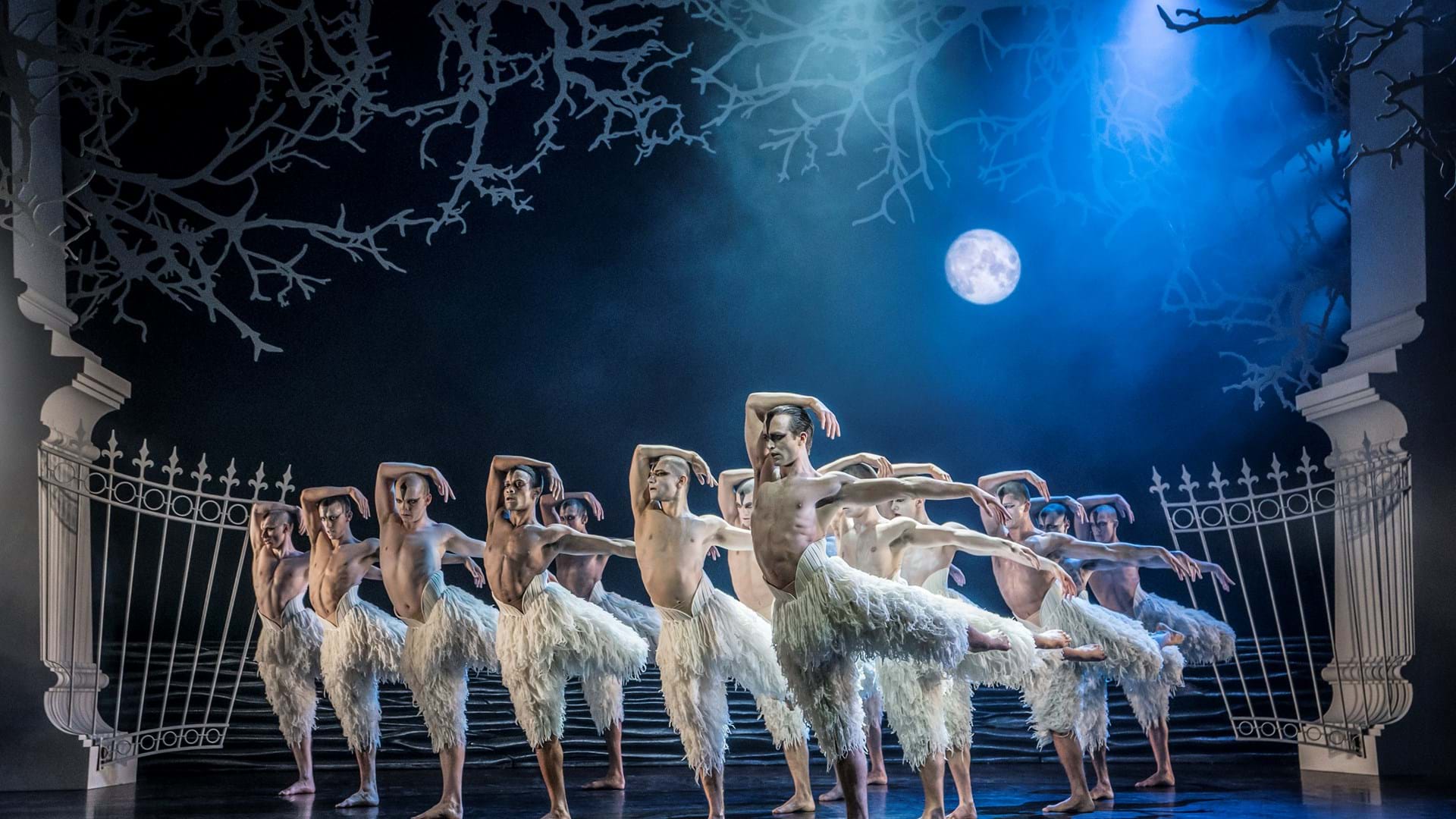 As innovative and mesmerising as it was first time around.

Worth every glorious moment

Sir Matthew Bourne is a visionary in the world of dance and his innovation is depicted ever so clearly in this reinvention of arguably his most well-known work—Swan Lake. The fame of the piece comes from the ensemble of swans being entirely made up of male dancers and, although not as revolutionary as it was back in 1995 when the production debuted, this reimagining is equally mesmerising.

Sweat drips from the backs of the male swans as they bring a testosterone-fuelled strength to the choreography that strays far from the stereotypical image of the grace and elegance of female ballerinas. Their hard-work and the stamina needed to produce such a performance are literally emanating from their bodies.

Typically of Bourne productions, although the storyline is dark, there are plenty of humorous touches and the attention to detail to the set—the ‘please don’t feed the swans’ sign is a fine example—is exquisite. The costumes, too, are perfect in creating atmosphere and symbolising the feeling of the various scenes: glitz and glamour for the ballrooms, the blank white of innocence paired with sinister masks in the hospital room scene.

Another Bourne trademark is the busy nature of everything played out on stage—sometimes the audience don’t know what to watch when five fabulous things are all happening at once—and one can only imagine the work it takes to choreograph every nuanced detail in order to create the perfect balance of dance, drama and comedy on display.

Tchaikovsky’s score is iconic, even those who are not regular attendees of the ballet recognising the music, and so all are on the edge of their seats as Will Bozier’s swan enters the stage. The audience are transfixed, his performance captivating in all of its powerful masculinity.

Swan Lake: The Legend Returns is a lengthy production but worth every glorious moment, and, although there are some technical difficulties during the first Act, they do not detract from the fact that this is a first rate production, sure to please both Bourne regulars and those attending the ballet for the very first time.