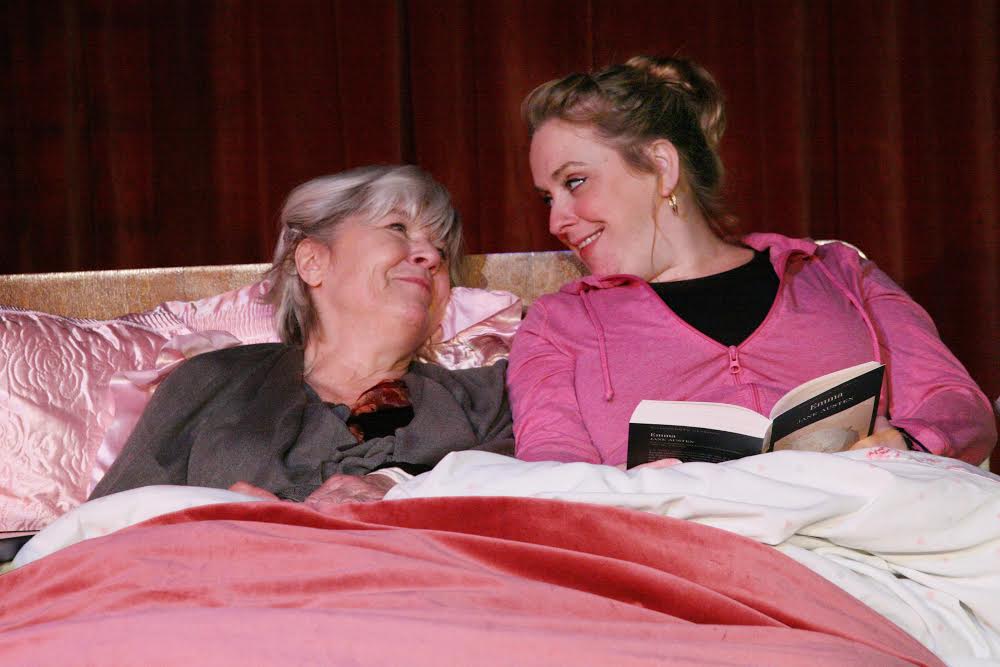 Play about carers throws a spotlight on opportunities missed.

The “action” in Miss Veitch’s Roses takes place in the nonagenarian Miss V’s bedroom. This is where she is looked after during the day by Linda and in the evening by Euan. The well-read Miss V is a former editor and often likes to refer to poets and writers in her analysis of what others should do with their lives, in the hope that they do not make the same mistakes as she has done. We learn more about what has led her two (single) carers to do this job. Can Miss V get these two to meet as her final act of editing?

The difficulty in plays as short as this, as in flash fiction, is getting the audience to care about the main characters. Miss Veitch’s Roses fails to do this on many levels. Maybe the many references to writers and poets thrown into the discussion create a barrier, like some thesis trying to overprove its point? Or, maybe it’s because theatre is a visual medium and Jane Livingstone’s play, under the direction of Ken Alexander, can be followed with your eyes closed? Additionally, anyone with any experience of caring for the elderly or those with long-term health conditions may find the “job” represented in an over-simplified and sanitised way.

This is not down to the actors, who are only working with what they are given. The very small stage is dominated by a double bed which inhibits their movement. Ultimately, the script comes across as a radio play. The actors are left with the job of reciting rather unrealistic lines, which sometimes trip them up, rather than delivering any substantial acting.

Even the fifty minute Play, Pie and a Pint format seems too long. The attempt to cross the generational divide is admirable but ultimately it falls flat.