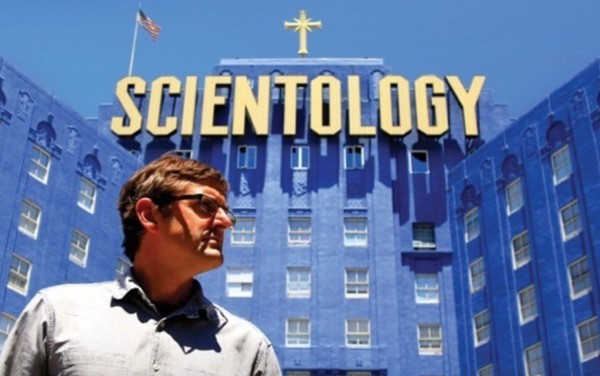 Alternately funny and dark exploration of the strange unreality of Scientology.

Louis Theroux has become something of a national treasure in recent times, producing increasingly thought-provoking documentaries for the BBC in which his knack for getting his subjects to open up on taboo subjects reveals facets to a story unattainable by your run of the mill journalist. There has been a noticeable shift from the charmingly naive persona of his Weird Weekend days (a wonderful series in its own right), to the more nuanced and serious documentarian he has now become.

It is welcoming then that in his latest film, My Scientology Movie, Theroux strikes a balance between both aspects of his body of work, producing an examination of Scientology that oscillates between hilarious and uncomfortably dark.

Being aware from the start that gaining any kind of meaningful access to the notoriously secretive church would be unlikely (and indeed they got none), the filmmakers put out a casting call to actors in Los Angeles to play the parts of prominent Scientologists and act out scenes alleged to have taken place, an idea probably influenced by Joshua Oppenheimer’s stunning documentary, The Act of Killing.

Assisting Theroux in directing the scenes and one of the main focal points of the film is Marty Rathbun, an ex-Scientologist who formerly held a senior executive position in the church and who through the course of the movie comes to reflect both its positive and negative traits. Rathbun is highly likeable but also a complex figure, not entirely separated from the mindset that he has conditioned within himself for decades. In one of the more compelling scenes Rathbun watches on as the actors – and in particularly the brilliant Andrew Perez as David Miscavige – recreate a violent episode. It is left to the audience to decide whether Rathbun is impressed by the intensity and believability of the performance, or whether he is enjoying the vicarious thrill of experiencing it all over again.

Unfortunately, as a vehicle to reveal something new or revelatory about the enigma that is the Church of Scientology, the documentary never wholly succeeds; the filmmakers’ only method to supplant this gaping hole seems to be to employ humour but without answering many questions. However, it is difficult to find too much fault with this when considering the near impossibility of penetrating the inner workings of the church in the first place, and the fact that this is a truly entertaining and fascinating film – even for those who might not be familiar with Theroux’s oeuvre.