Skip to content
[rating:3/5] Kazuyoshi Kumakiri's evocative film about an ex-actress on the edge. Showing at the Filmhouse 10th March 17:45

Kazuyoshi Kumakiri’s evocative film about an ex-actress on the edge. Showing at the Filmhouse 10th March 17:45

How women operate in a society that has a distinctly male-gaze, especially in countries where female subservience is expected, is a troubling and complicated issue. In Kazuyoshi Kumakiri’s film Non-ko, which opens the Girls on Film Japanese film festival at the Filmhouse, this is exactly what we are confronted with. Not only are women in modern Japan battling to be seen and respected as artists or workers, they are in direct opposition to the old customs and traditions that their parents and grandparents are governed by.

Torn between pleasing men and discovering a sense of self

Set just before the temple’s annual festival, Nobuko (Maki Sakai) at 36 has lost her position as bikini girl for local TV networks. Divorced and moving back home, she uses alcohol to escape. Soon young Masaru (Gen Hoshino) arrives, wearing a Che Guevara T-shirt smeared with the words “Question Authority”, and begs to be allowed a space to sell his chicks at the fest. This is definitely a mood piece, Kumakiri keeps it slow, almost too slow in places, but Sakai’s detailed performance manages to keep attention. In most cultures, the identity of women is defined against their relationship to men, it’s the schisms between the genders that trouble most film makers, playwrights and artists, and attempting to bridge that gap. Here, Nobuko is torn between pleasing men and discovering a sense of self, as she covers her body with blankets and screams “don’t look at me”, the exhaustion of being objectified oozes from the screen. A slow burner, but a carefully crafted film that’s definitely worth your time.

Showing @Filmhouse March 10th at 17:45 as part of Girls On Film festival, 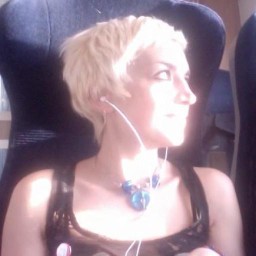