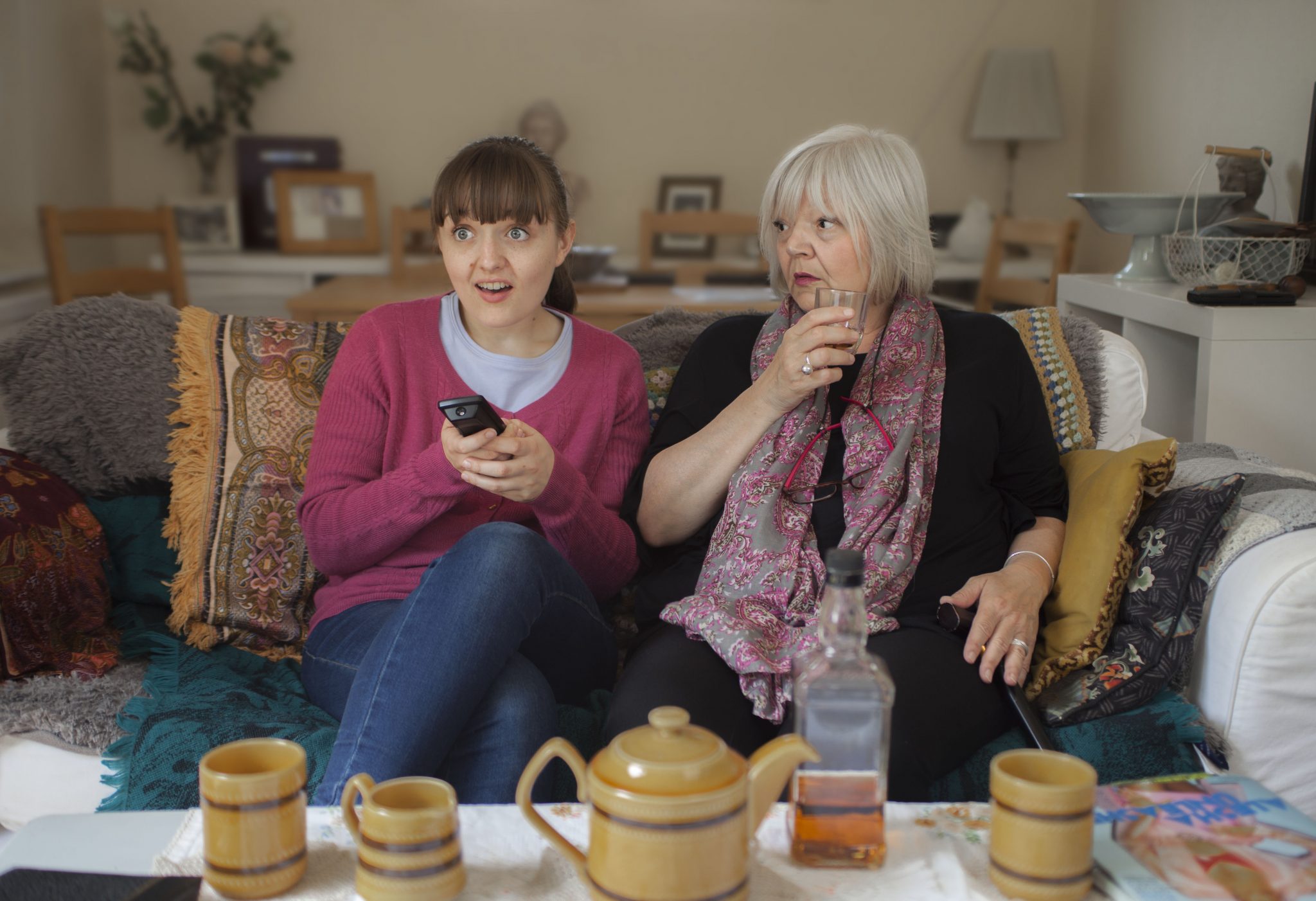 Staged over the course of several afternoons in one old lady’s lounge in Dartford, Old Souls reveals itself to be a sweet, odd couple drama that gently pokes at the presumptions the young have of the old.

Rosie is a volunteer befriender of the elderly. Vera is a reluctant recipient of that charity, having unknowingly been signed up for it by a busybody neighbour. The play opens on their first awkward exchanges – Vera snappy and sarcastic in the face of Rosie’s puppyish enthusiasm. It’s not hard to guess there’ll be some rapprochement by the time the play’s out, but it’s lovely and heart-warming to watch it happen.

The tension here is that millennial Rosie is in fact the old soul, interested in baking and Countdown and hoping to befriend an old person like her late Gran. Vera is not that person. A former Parisian dancer, arthritis has got its claws in her body, to her bitter resentment, but her mind remains young and her wit sharp. Unlike Rosie, she also likes a drink; only the walking stick is holding her back from a night on the tiles.

That dynamic – puritanical millennial meets frustrated and underestimated Baby Boomer – is neatly observed by writer-comedian Vicki Sargent (who also plays Rosie). The pace and manner in which it develops is also well-judged, under the direction of Matt Mitchell. To help it on its way, there’s some excellent sitcommy lines that get proper laughs. Sargent’s opposite number is stand-up comedian Janet Garner in her first acting role, so it’s no surprise they can both set up and deliver the jokes.

The closing scene arrives in what seems like no time, partly because we’ve been skipping happily through the fifty minutes, partly because the play feels a bit slight, more like a half-hour sketch than an hour-long Fringe play. It is strong and tight at what it does, but there would also be scope to dig deeper, stretch for more pathos perhaps.

Sargent has written a tight, neat show here, and has teamed up with local befriending charity Vintage Vibes to encourage people to practice what this preaches. It’s a good advert for befriending, definitely. By the end, our two characters haven’t shed their skins entirely, but Vera’s ribbing of Rosie’s uptightness has a softer edge – perhaps Rosie has found the replacement Gran she’s looking for after all.