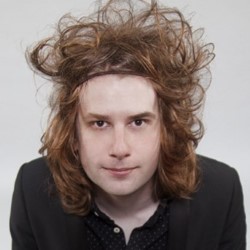 Luring the audience in with his hair and keeping them in their seats with laughs, Patrick Morris slays the audience with stories of his Fairly Premature Bucket List at Underbelly Med Quad as part of the Edinburgh Festival Fringe. The preview show audience has mixed reactions with most laughing hard enough they wished they went to the loo first and a few not reacting at all. It can only be assumed they thought they were there for a documentary screening as Morris is on his game barely stopping to breath throughout his show.

Pacing is the only thing that could be better as the audience cried with laughter at the start, then some of the bucket list stories dragging in the middle creating a slight unbalance. Keeping up the short and snappy delivery throughout the list will help keep the energy up as Edinburgh audiences can be hard to keep excited. This is a minor point that doesn’t detract from the otherwise excellent show.

Creative, energetic and sassy like his hair, Morris is a promising young comedian who will be selling out the big venues in no time. See him while you can still afford to. Safe word optional.