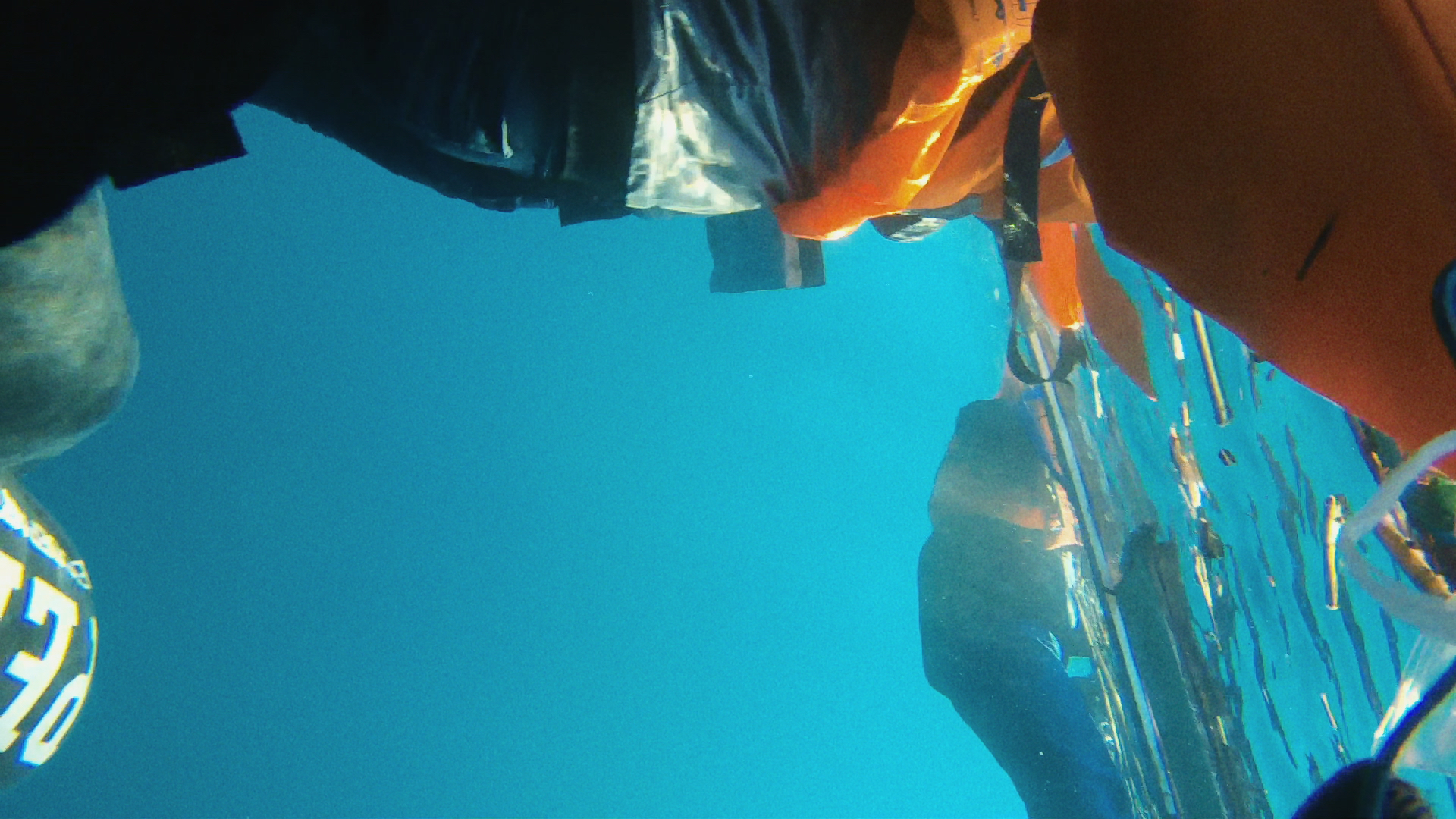 Vital but visceral documentary on the desperation of asylum

Of the 300 passengers seeking salvation aboard a smuggler’s dinghy, at least forty-two perished, and director Amel Alzakout thought she would be one of them. She expected to die.

Mercifully, most of us will never experience what Purple Sea documents. We will never find ourselves at the mercy of the ocean, attempting to forge a better life for ourselves and our children. This was the journey filmmaker Amel Alzakout experienced, all captured from her camera which continued to record the unfolding events, the hours at sea, and the eventual rescue after a smuggler’s boat began to sink as it was transporting people into Europe.

Holding the audience’s gaze against what they never want to see, Alzakout’s film may condense the experiences of hours at sea into a short feature film, but it trims none of the agony, despair, and eventual hope. No horror or thriller will emulate the muffled cries of children above the waterline, and no drama will capture the unadulterated story of endurance. From the outset, audiences will be questioning if this devastating footage constitutes the entirety of the film: a handheld camera pointing into the murky depths of the Mediterranean Sea as legs flail frantically screaming for help – the answer is yes.

In our desperate search to source meaning and patterns, Purple Sea at first perplexes somewhat as we attempt to form a narrative. It’s what we do: we try to locate a story, but this isn’t a story – this is survival. But this doesn’t stop an attempt at placing ourselves in the scenario. It doesn’t stop us recognising clothing brands or trying to piece together an idea of what is going on. At one point a lush, forest-covered landscape is momentarily seen as the camera bobs back up for air. Rescue? Hope? It’s astounding the investment and emotion Purple Sea instils given its candid nature. This wasn’t meant to happen, but thankfully, it was captured.

As distressing as the visuals are, the muffled audio recordings the camera captures further the reality of the film and push the audience into discomfort. The decision not to enhance the audio or cut the children’s cries and muffles is precisely the correct one made by Alzakout and co-director Khaled Abdulwahed. Almost entirely beneath the currents, occasionally the camera bobs above the surface, breaking for air as the muffled screams grow louder and more harrowing. The audience too catches their breath in synchronisation with the camera, before plunging back into the endless, eerily calm waters.

Logistically, Purple Sea is a mess. And it cannot exist in any other form. There are limbs, bubbles, cries and muffles all over, with few cuts and edits, and as for framing? Non-existent. Alzakout and Abdulwahed haven’t created this to be footage tight and cinematic. Purple Sea exists as a warning, a rallying cry, as raw documentation and an account of the desperations people are undertaking – placing their lives in the hands of smugglers who have their own ships to bring them to safety, leaving behind the souls trying to start a new life. There’s a brief moment towards the end where a helicopter is spotted. Hope. But with it, perversion. A red light, a camera glaring back at Alzakout’s own. The news? YouTube? Regardless, their footage will differ from this and likely come with a different narrative of immigrants, migrants and foreigners.

Purple Sea evolves from nightmare to immersive cinema, a personal approach encompassing everything and nothing. In truth, nothing happens except survival. Yet, as the most primitive emotions are captured, survival makes this everything. Alzakout’s narration spears the heart and latches that lump in our throats. Purple Sea is as close as a documentary can come to a direct account of events, and though this will not speak to everyone, and undoubtedly some won’t stomach the film, there is a necessity in its existence.