The Black Country during the Thatcher era is the setting for Ray & Liz, an audacious directorial debut by Richard Billingham which paints a bleak yet timely picture of a family’s life on the breadline.

Based on the director’s own childhood experiences, we first see an elderly Ray (Patrick Romer) whose withdrawal from the world has left him an alcoholic recluse spending his days bedridden, being delivered alcohol by an acquaintance and listening to Radio 4. We then go back to the 1980s where the younger Ray (Justin Salinger) lived outside of Birmingham with his chain-smoking, foul-mouthed wife Liz (Ella Smith), their sons Richard and Jason and their young lodger Will. What occurs is not so much a plot, but rather an exploration of a world where the eponymous couple kill their hours doing jigsaw puzzles, ignoring mail and appearing oblivious to the behaviour of their own children, to the point of neglect.

Through three stories from the past, we observe scenarios such as Ray’s gullible brother Lol being taken full advantage of by the shifty lodger whilst Ray and Liz are out shopping and Liz’s ferocious temper afterwards. In another which depicts the levels that the children will go to find some form of humour in a grimy landscape, they play a prank on their sleeping father involving chilli powder. It is clear that each boy has different agendas, given that Richard appears more interested in his schoolwork, in sharp contrast to the persistently truanting Jason who wanders around.

Their gradual financial hardship is depicted throughout, with the terraced house soon replaced by the high-rise flat which enables Jason to chuck antiques from above to passing strangers walking below. When the electricity runs out later in the film, the failure to provide finance for something most take for granted is highlighted by the response from the boys who choose to sleep elsewhere, but while Richard chooses wisely, Jason’s health is risked by sleeping in his friend’s shed. When he’s permitted to sleep inside the next day, his reaction of embracing his friend’s mother spells out a child clearly unaccustomed to such stability.

It is the theme of wanting to escape that lies with these two boys which the parents appear too self-centred to acknowledge, bringing to mind Bill Douglas’s My Childhood trilogy, a trio of autobiographical films that depict young boys quietly yearning for a way out of their unglamorous lifestyle. In the present-day sequences, we don’t hear what became of the boys, only Ray’s acceptance of anything for a quiet life, however dour that may seem to others, including Liz who does not appear to have found security in that time either.

Billingham, who is an artist and photographer, details his childhood with a competent and assured direction that makes him another British debut director to watch out for based on the evidence of one feature alone. In doing so, he brings out some quality performances from the emotionally-charged Smith and Joshua Millard-Lloyd as the quietly suffering Jason. A timely piece given that its themes will resonate with some communities in today’s Brexit-charged Britain, Ray and Liz is a solid insight into those left behind by society. 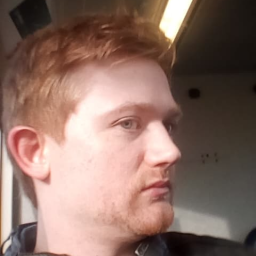 An effective portrayal of obsession despite a lack of coherency