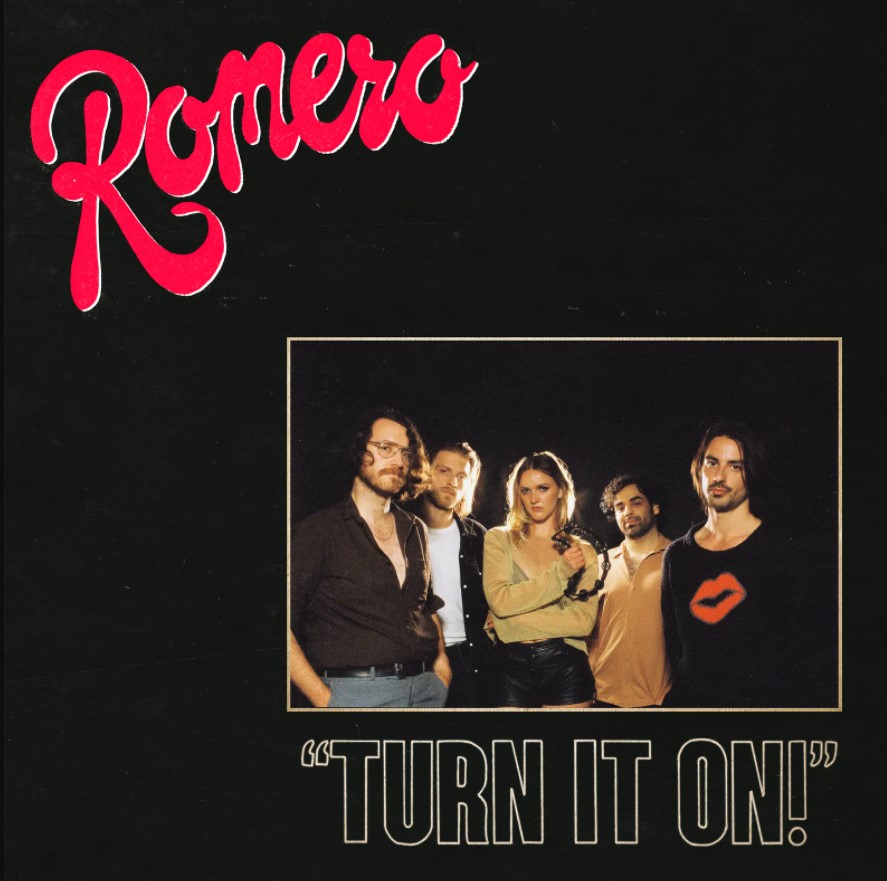 Romero
Turn It On!

Turn It On! is the debut album from Melbourne power-pop group Romero. The album builds on the success from the band’s previous singles and extends that fast paced new wave sound to a full length LP. Romero are less pop punk and much more punk pop.

It’s hard not to draw comparisons between the band and Blondie, an act the band themselves cite as an inspiration. Stylistically the album does a lot more than just tip its hat to those who came before. However, the production with its upfront guitars and weaving drum and bass leaves Romero sounding significantly more interesting than a cover band or tribute act.

From the get-go the album kicks off with power-forward pace that remains throughout the eleven tracks. It has that punk rock attitude of playing fast and loud but couples that with the melodies of power-pop. Together it creates a very dance floor friendly sound that encourages movement. Despite the fairly rigid pacing, each track manages to feel distinct.

It’s easy to see why the title track got top billing but the more ballad like songs such as Halfway Out The Door and White Dress showcase that Romero have more up their sleeves than fast tunes and anxious lyrics. Arguably it is on these (somewhat) slower tracks that the album really shines. If you take the effort to listen to the Alanna Oliver’s lyrics over the frenetic guitar melodies, they exemplify themes of optimistic existentialism which really connect with the slower pace.

Oliver’s delivery is an interesting mix of soul and punk. On top of the backing it makes for an enveloping sound that is made to sway to, at minimum. It’s tracks like Halfway Out The Door that stand out and show what each member brings to the table as they push past their inspirations towards their own unique sound.

Turn It On! is a solid debut that features the occasional shining moment.