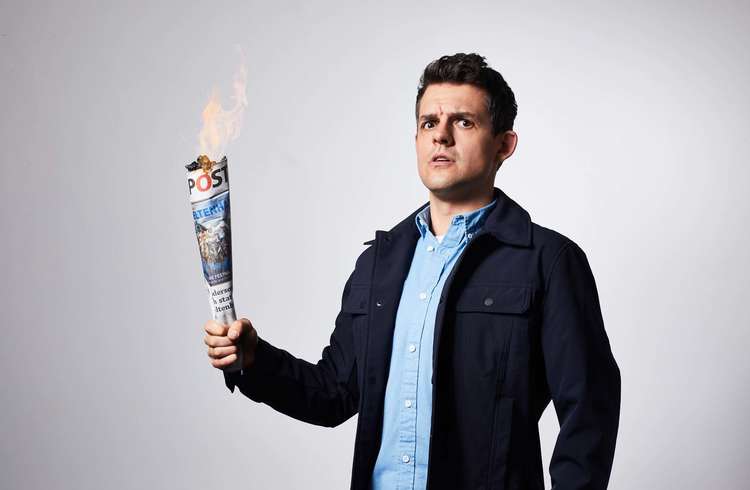 Professional gambler more than breaks even in debut hour

In one of the less surprising revelations to be found in a Fringe comedy show, Ross Brierley admits he’s recently been diagnosed with ADHD. No need to say. Something of that nature has been apparent to everyone from the outset, when the high energy Yorkshireman first bounded into the room. Everything is done at a gallop in the this slickly delivered, remarkably assured debut.

But ADHD’s not what he’s here to talk about, or rather it is, but only in so far as it relates to his main topic – his life as a professional gambler. In 2010, Brierley won a year’s salary with a £10 treble on the horses, jacked in the day job, and installed himself in a portacabin to see if he could make a go of gambling full time. It sounds implausible. Brierley makes much of the daft questions of disbelieving relatives and friends: “Do you win more than you lose?” But, and I write this as someone with my own history working in the gambling industry, Brierley’s story definitely rings true, even down to the profit and loss figures he quotes. It’s definitely not just horseshit.

Most of the show’s delivered with the aid of slides. He jokes about how long they took to put together, but he did a good job. There’s a very good take on the “when the fun stops, stop” problem gambling warning. Apart from that, the strongest material amongst them is the pure horse racing stuff. Next to no-one in the room admits to being a racegoer, but that’s not necessary to understand the humour. He explains the process of breeding simply enough with a slide or two, and uses it to pick out some of the witty names people have given their horses.

When off the slides, he uses his rapidfire delivery to rattle off the “method” he uses to pick winners, not dropping a beat as he attempts to blind us with science. That bit of his armoury is seen again when he impersonates a racing commentator while trying to get an audience member to breathe in and out like a horse. Like Frankel, he’s very good at going high speed.

But he doesn’t fully commit to the horsey theme all the way through. There’s diversions into topics like his Dad’s love of French phrases and the aforementioned ADHD which dilutes the hour. Really, there’s lots of potential horsing around that he’s missed out on. When you’ve got Partridge at the Races and Lee Mack the Jockey, you know the public will run with the idiosyncrasies of a sport they don’t fully understand. Plus there must be stories from his days working in a bookies that are dying for an airing.

Having said that, his mastery of his existing material is impressive (another reason to believe he’s a pro gambler) and he’s building an arsenal of comedy tricks. It’s a good debut that just lacks some killer moments. He could do with addressing the elephant in the room more clearly though: if the gambling’s going so well, why is he doing a Fringe show in the middle of the flat racing season?