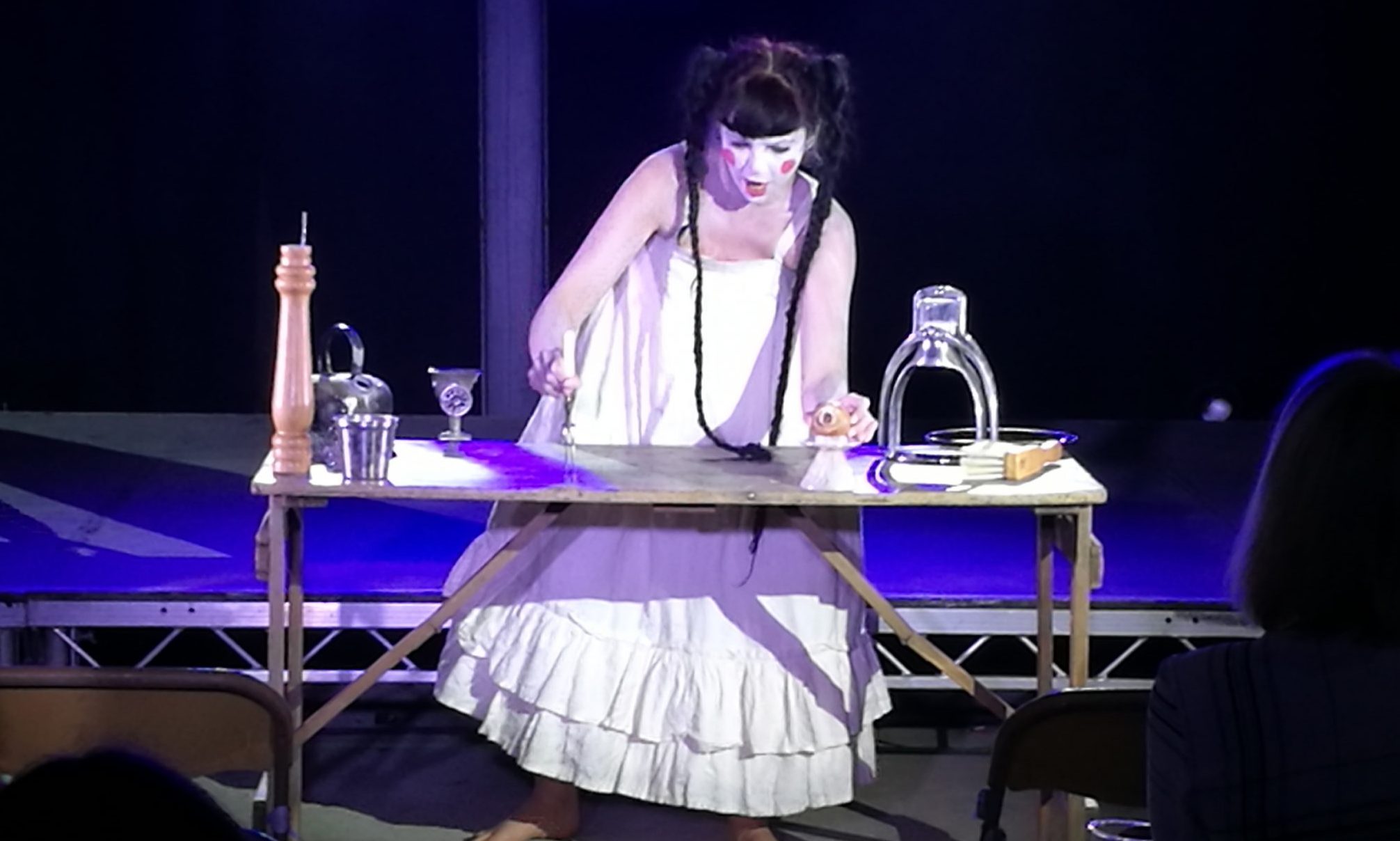 A promising debut performance where the realities of domestic violence are told through the mundanity of everyday objects.

Presented as part of the Manipulate Festival, Salt explores themes of abuse and living with the constant threat of violence through physical theatre and object manipulation.

Set entirely in a domestic kitchen, using only household items to tell her story, writer and performer Fiona Oliver-Larkin weaves personal experience with anthropology training to tackle an emotive subject in an enlightening and powerful piece.

Salt is staged simply but effectively, with a kitchen table and its objects being the primary focus as Oliver-Larkin deftly moves herself and the items in a captivating way. Dressed as a young girl with Rapunzel-like pigtails and exaggerated rosy cheeks, the performer firstly conveys innocence and playfulness and then a palpable sense of dread as the threat of violence looms.

The objects on the kitchen table come to life with great effect; Oliver-Larkin uses items including a pepper grinder and a kettle as her puppets and performs a 30-minute show without dialogue but with brief breaks into beautiful chorus. The lighting design and soundscape assist with tonal changes throughout the piece but thankfully, given the subject manner, not in a gimmicky way.

The packed house in Traverse 2 was spellbound by Oliver-Larkin’s performance, the audience inching forwards in their seats to fully immerse themselves in the show. Despite tackling a difficult subject matter there were moments of levity and laughter, which helped to break the building tension as the story unfolded. By the end of the piece, some audience members were moved to tears by the story’s tragic conclusion.

Salt was presented as the Rising Voices strand of the Manipulate Festival, a new platform for emerging practitioners developing intriguing and exciting work. This is Fiona Oliver-Larkin’s first solo physical theatre piece, developed under a professional mentoring programme at Dance Base and is an accomplished debut that hints at a bright future.