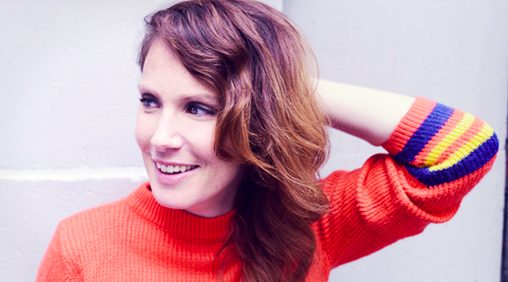 Bawdy, brazen and unapologetic - Barron's stand-up deserves to be seen by a large audience

Sara Barron, an American writer turned stand-up, makes her Fringe debut with For Worse – a gloriously bawdy, joyful and empowering hour of comedy.

The comedian states from the outset that this is a “fucking filthy show” and although she originally reads the room as quiet it’s not long before the crowd are guffawing their way through a show which dissects motherhood, married life, friendship and those gushing Facebook posts that make you want to puke. The stand-up intelligently picks apart those social media show offs and makes fun of the lies we tell each other to conform to societal norms.

Barron has lived in the UK for five years, after marrying a Brit (for the free healthcare, of course) and while she feels the country has “exfoliated the positivity out of her” the performer is vibrant and the mid-afternoon crowd are roaring with laughter throughout. No one is safe from her acerbic put-downs – from the brides who call their husband “their best friend” to her own toddler, who is “mediocre at best.”

Barron performs a public service for the straight men in the audience and blows the myth of the “mysterious” female orgasm apart which has the woman in the crowd cheering in recognition. The advice (which I won’t spoil) is so gloriously simple the only “mystery” is why it’s so difficult for men to comprehend.

The venue is small but packed and the stand-up could easily fill a larger room, her comedy deserves a large audience. Barron performs with high energy and the show – which concludes with a Christmas Day surprise – is over too quickly. Be sure to catch Barron’s show if you can and be generous with that bucket money – she’s got a mediocre child to feed.