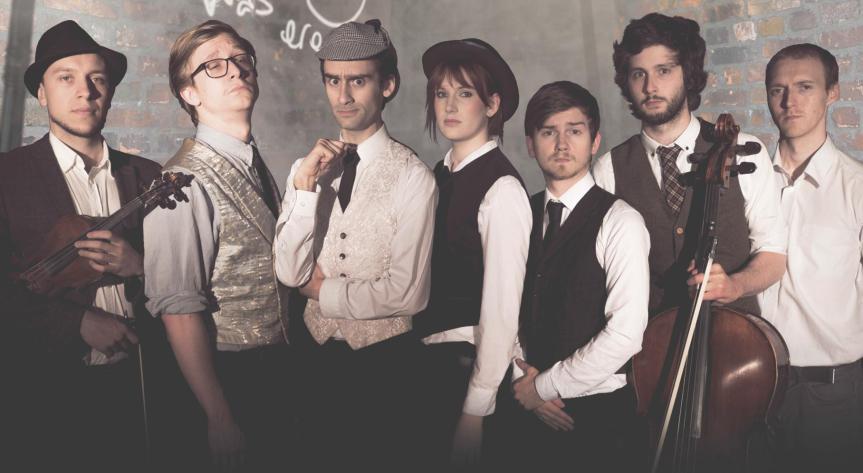 Spontaneous Sherlock is the highlight of the fringe so far. Here’s what happens: the audience is given a piece of paper with ‘Sherlock Holmes and the…’ written on it. They must compete the gap. The pieces of paper are collected in a hat. The actors select one from the hat and perform a completely improvised Sherlock Holmes story according to the given title. Simple and brilliant.

It’s easy to see why the improv craze is sweeping the fringe. It seems that only the very best attempt such a fail-able feat, and as a result, only the very best comedy is produced. Will Naameh, Eric Geistfeld and Sam Irving thrive in this show, as well as appearing in Absolute Improv! (so popular it is sold out for the next two days) and the highly recommended Men with Coconuts. Improv is a fast paced form that is at times inconceivably slick, and at others uproariously choppy. Indeed, pointing out the errors in this show is part of what makes it so funny. For instance, when a ‘helicopter seed’ is sighted, Watson wastes no time in questioning the use of the word helicopter in an era when it was far from invented.

Its raging success also partly lies in teasing the conventions of the famous Sherlock Holmes character. Rather than treating him as a revered genius, the actors fondly mock the easy answer that he is knows things because he is ‘an expert in everything’, and send up his creepy and occasionally illegal methods of detection. While they gently hint at the well-explored potential homosexuality between Watson and Holmes, it is a relief that they do not dwell to long on this crude and tired material.

Although the slight bumpiness of this improvised show is part of the fun, what is truly impressive is how smooth it really is. From a few words hurriedly scribbled by a random spectator, the three comics manage to produce an entire hour’s worth of coherent plot. They push each other to the limits of inventive skill, successfully squeezing out a completely off the cuff poem and an on the spot explanation of why the little finger is the smelliest appendage of all.

See this show. And get there early: the allure of free tickets brings the ever laughing audience in masses, packing La Belle Angèle – a fantastically spacious venue – to the brim. Maybe even see it twice.