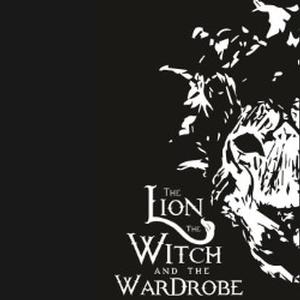 The Chronicles of Narnia

A dazzling adaptation with a young cast and very deep pockets.

The Edinburgh Fringe really does offer up all sorts of shows. From the penniless performer on the street corner with nothing more to his name than three juggling knives and a unicycle, to lavish blockbuster stage productions with all the bells and whistles imaginable, the money behind the shows spans a broad spectrum. This collaboration between The Academy of Arts and the American High School Festival sees an adaptation of The Chronicles of Narnia: The Lion, The Witch and The Wardrobe which probably matches the budget of almost any other act in attendance at this year’s Fringe.

With huge set pieces such as a dual staircase, the Stone Table and of course, the wardrobe itself, the set is visually stunning throughout. Aslan is impressively represented through deft manoeuvring of a massive puppet lion towering fifteen foot high, while the White Witch and Father Christmas both are whisked onto stage in full-size sleighs. Put simply, the stage looks superb. In fact, there are so many scene changes that the constant rearranging of the furniture threatens to distract at times (especially when things are shuffled around for a brisk 30-second scene), but on the whole it’s a magnificent feat in engineering.

The cast range in age from a mere six years to eighteen, and the acting is as accomplished as can be expected from such a young ensemble. In particular, Kate Horrocks as Lucy and Rachael LeVeille as the White Witch give stand-out performances, while the English accents put on by the (presumably) all-American cast are surprisingly excellent. A minor complaint is that the pointed teeth of Mr and Mrs Beaver make some of their lines incomprehensible, which is a real shame since they provide some light comic relief in the plot.

What’s more, the acoustics in the cavernous Church Hill Theatre do the production no favours and snatches of dialogue are sometimes lost, especially when they are often delivered with too much vehemence or vigour by some of the more over-zealous actors on the stage. However, it’s a faithful adaptation of the novel and the action flows cleanly and clearly.

The professional programmes that accompany the show are a nice touch and although the evangelisation of Christianity is a little overbearing when written down, thankfully the preachy element is kept on a backburner in the production itself. Just like C. S. Lewis’s classic novel, this is a play that is aimed primarily at younger audience members, but is sure to entertain theatre-goers of all ages and persuasions.