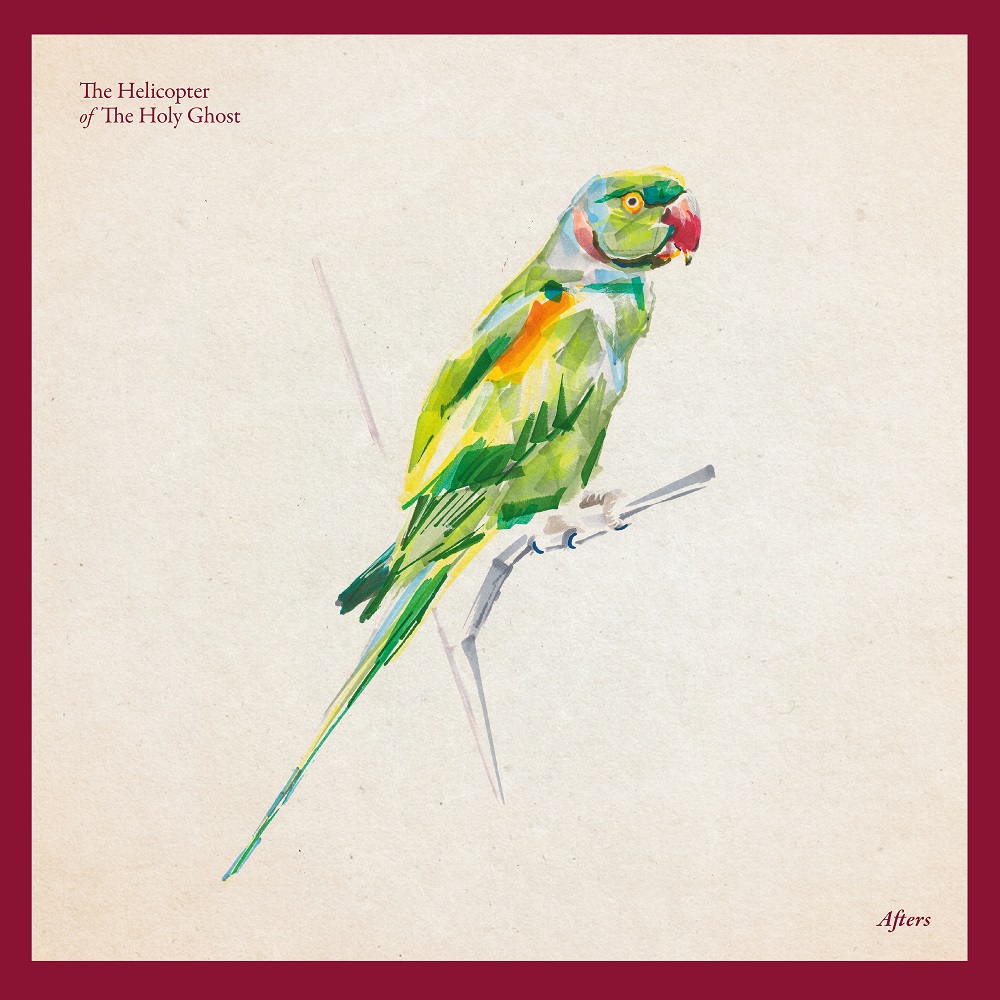 The Helicopter Of The Holy Ghost
Afters

A dazzling debut from Britpop alumni

Afters is the phenomenal debut album by the fantastically named The Helicopter Of The Holy Ghost featuring Mark Morriss of The Bluetones and Billy Reeves of theaudience. It is a fantastic collection of gentle piano, roaring guitar, dark crescendos and any other adjective noun you could possibly imagine. Their ability to pull in all directions whilst keeping a consistent tone is tremendous. As is most of this album.

Picture The Mountain Goats in a Travis shaped box. Or Keane with Atom Heart Mother era Pink Floyd musicality. Or Brandon Flowers ft latter-day Radiohead. They aren’t the first quietly engaging soft-music, hard-lyrics band, but they might be one of the best entries into that particular category. Songs of yearning, check. Songs of ambition, check. Songs of painful reflection, check. Written or performed by any other band this album would be dusty. But in the hands of Holy Ghost they dazzle. And whenever Crayola Lectern’s keys are brought to the fore, the songs jump up half a star.

This is definitely a band that gets better when they get closer to the edge. The swelling crescendos of Tony Got A Car could easily end the album, and yet that’s only the third song. The music might not be challenging, but it is consistently exceptional in its field. But even then, there’s a caveat. Hangar Lane Gyratory System 4.44am rivals anything on the B-Side of Heroes in terms of fantastically compelling nonsense. Perhaps it’s a pointless self-indulgent instrumental. But if it is, then why is it so compelling?

For all the comparisons made here, The Helicopter Of The Holy Ghost has a sound entirely of its own. Unafraid to play. Unafraid to go soft, or dark. Unafraid to be themselves. A unique, compelling band who have found their voice and are ready to be heard. We can only hope that whatever comes after is as good as Afters.