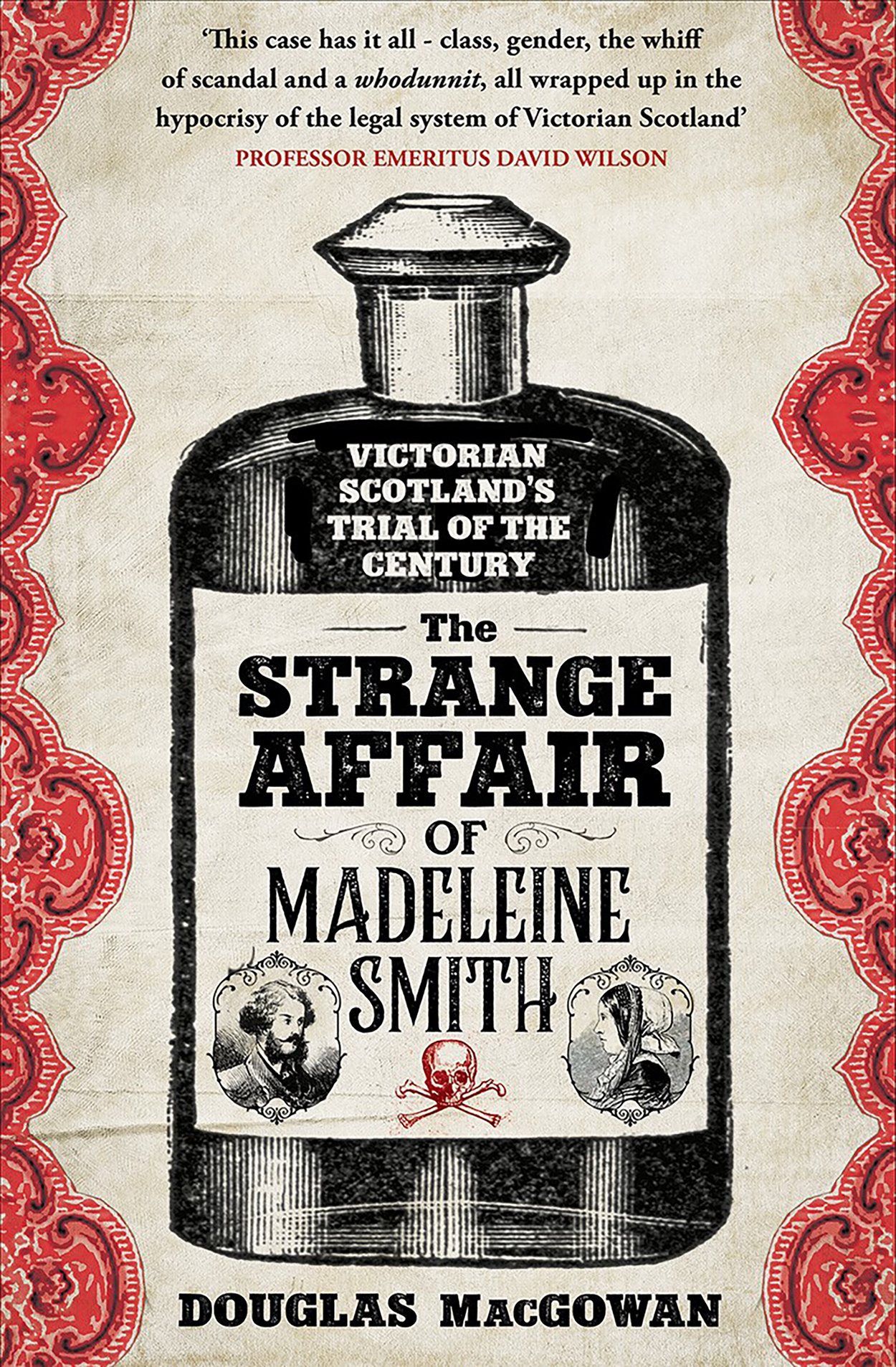 The true story of Victorian Scotland's most famous murder trial

Victorian Scotland’s “trial of the century” writes itself. The “affair” is awash with mystery, intrigue and deceit. A young gentleman Emile L’Angelier arrives to live in Glasgow as an apprentice. Here his paths cross with the young Madeleine Smith, daughter of wealthy socialites. They conduct a clandestine affair for months, keeping it secret from all their acquantainces. Under some pressure from her family, Madeleine is eventually betrothed to another “suitable” man and her feelings towards Emile cool. In the midst of a whirlwind of emotions, Emile is found murdered. The autopsy reports arsenic poisoning and Madeleine stands accused of the murder of her secret lover.

Douglas MacGowan’s account is split into two parts. The first is the series of letters and correspondence that Emile and Madeleine shared. In it are laid bare their feeling for one another, the arc of their relationship and their plans for the future. The second part takes on the courtroom proceedings after Emile’s death. Here we hear eyewitness accounts, evidence, newspaper reports and quotes from the trial.

Madeleine’s conduct is unthinkable as far as women’s conduct in Victorian society goes. Not only did she stoop below her station to love a working class man, she went against her family to continue her affair. Through the letters we see that they were husband and wife in all but name. Even after her engagement, Madeleine waits months to tell Emile the truth. She leads two men on, neither of whom she seemingly intends to marry. And of course, then there is her procurement of arsenic, which is unusual to say the least.

There is plenty of content that survives from the past that makes this a fascinating read. What it sometimes lacks is momentum, especially as readers know from the first few pages how the story ends. In the final months of their relationship, there is a lot of detail in all the included letters that serves little to further the plot of the story. This takes away a bit of the balance. The author does not reach a verdict of his own; and some would argue that leaving it to supposition is the right thing to do. But it takes the intensity off somewhat, and the book ends abruptly with the court’s judgement.

Aside from that, this is a remarkable event that shocked society. The themes of propriety, the conduct of women, and jury bias when the defendant is a woman all add fascinating dimensions to the story. A unique crime read this autumn.