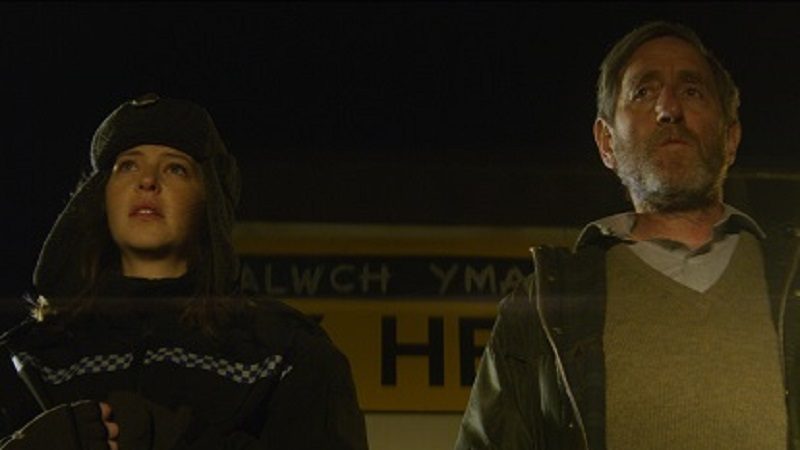 The frame narrative sets us up for an unfolding mystery as we begin with a late-night interrogation from local police officer Catrin (Annes Elwy), trying to decipher a strange series of events. Via flashback, the film’s early complication arrives in the form of a well-dressed gangster who knows the protagonist from criminal activities gone by. A sudden altercation results in his kidnap and from here, chaos unfolds. Subsequent scenes scatter off in disparate directions and the various subplots are confusing. The pace is erratic too, dancing between comedic criminal antics and docile rural life on stretching roads. After various ‘replays’, some of the plot gaps are filled in and a clearer storyline begins to form. However, it doesn’t seem worth the wait.

Cartoon-villain performances from Iwan Rheon and Paul Kaye provide some fun, and there is teasing promise of a little more gravitas in the subplot of Catrin’s grief over her father’s death a year earlier. This probably should have made a more interesting and emotionally involving film. As it is, though, it merely contributes further to the odd melting pot of genres.

Unfortunately, this comedy-thriller is uneven and muddled, the intended humour doesn’t raise a smile and, worst of all, it’s boring. The Toll really takes a toll.