A flamenco-infused, multi-disciplinary piece of dance theatre that ranges from exhilarating to clunky.

‘Los Niños de la Guerra’ was the label that came to describe the 4,000 children evacuated to the UK from Spain at the outset of the Spanish Civil War. Some of the refugees survive to this day, and it is their very voices that Kerieva McCormick has unearthed as part of her research for Kam-Ri Dance Theatre’s The Typist.

The performance piece is steeped in this small-known detail of a dark chapter in European history, and although the tale is evidently at its throbbing heart, it courses enigmatically through its fragmented, high-octane forces rather than being explicitly ‘told’. Navigating this history by way of a central character – The Typist – directors Kerieva McCormick and Ben Harrison have worked hard to create an intricately researched feast for the intellect and the senses.

And what a plethora of forces they employ. A band of four musicians – piano, guitar, percussion, double-bass – deftly navigate (from memory) a through-composed score that encompasses full-blooded flamenco with smatterings of lighter jazz and minimalism. Two accomplished flamenco dancers astound with percussive thunder and languid sensuality, as does Olayo Jiménez – a seasoned maestro flamenco singer whose voice cuts to the quick of layers of rueful history. Add to this mix narration, recorded anecdote, and an array of projected visuals, and the result ranges from exhilarating to clunky.

These varied aesthetic forces are at times complementary, as when the score sneaks into a gentle minimalist mode to accompany documentary-style footage and rolling travelling scenes, with the band adjusting their prominence accordingly. They also antagonise one another, leaving some anecdotes unheard and eyes and minds aping to coalesce far-flung visual juxtapositions.

Kerieva McCormack’s flamenco has a pleasing inflection of contemporary dance, thus imbuing her technique with a gentleness that occasionally sets her at an unusual remove from her virile partner. The two lovers’ story is muddled, but eventually unfolds to convey the humours and agonies of any romance, with a violence-tinged unease provided by the backdrop of war, and the characters’ fates of potentially unresolved exile.

There was a tension at the heart of this work that prevented it from fulfilling its (enormous) potential. If the form had been looser, and the storytelling less complex, the music and dance elements may have unleashed an emotionally truer, rambunctious ode to the tale. With tighter planning and a more outright, even literal, interaction between the characters and the various narrative threads, the tale would have unwound with a fuller clarity. It’s a case of cutting away something for a larger gain. As it was, the work sat uncomfortably, and a little messily, on the fence.

That said, it will be a delight to see what this innovative company tackles next, and if they will have the patience and endurance to refine and further unfurl their complex materials. 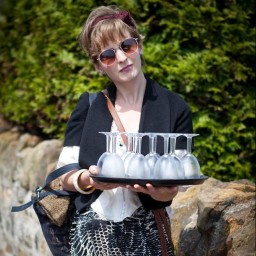 A visceral production depicting a man’s journey through his memories