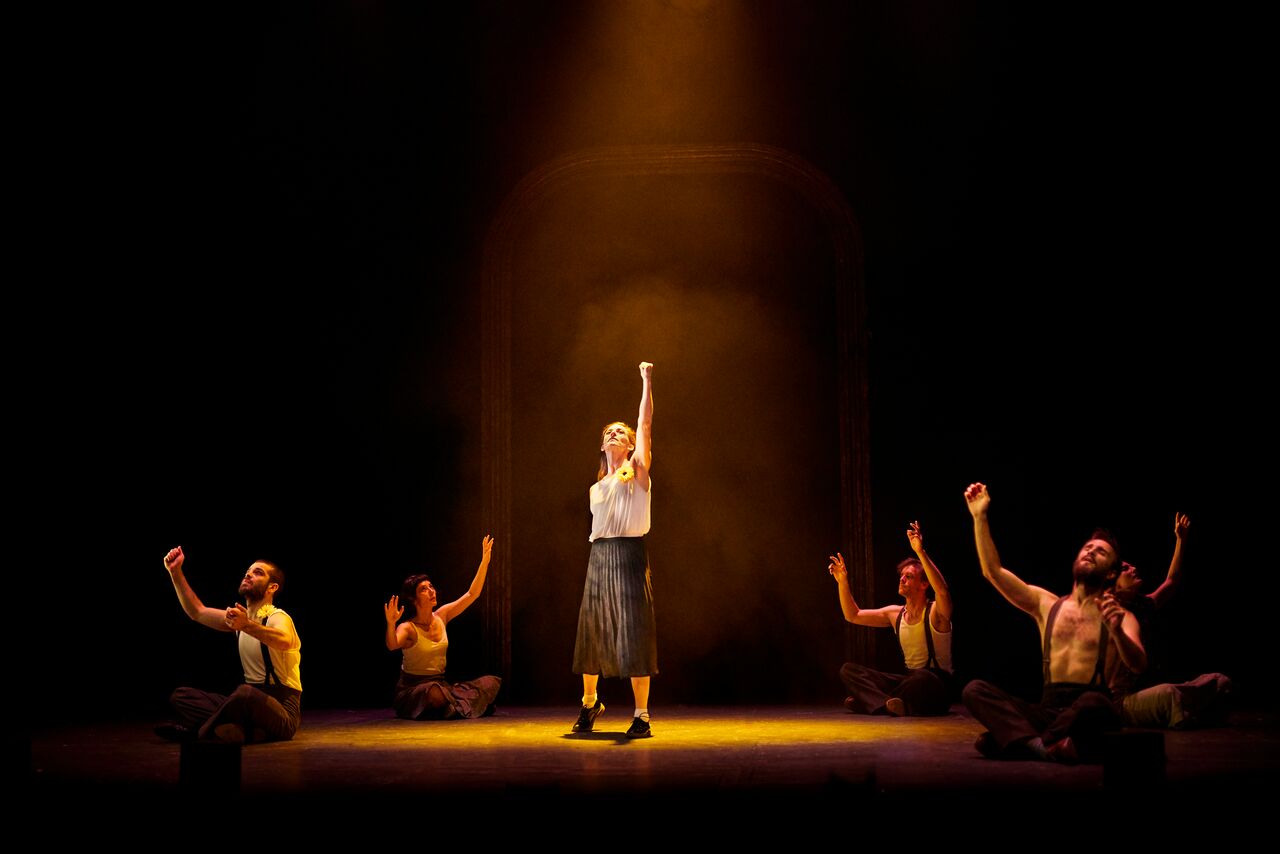 Gecko enrapture their audiences with this energetic and eccentric portrayal of the modern world.

In an electrifying piece of physical theatre, UK-based theatre company Gecko offer a production that questions the systems that orchestrate our lives, and the sacrifices we are forced to make as we enter into the world of business and capitalism. A blend of beautifully choreographed dance, physical comedy and pertinent questioning about 21st century society, The Wedding invites audiences to experience an eccentric and visceral depiction of a far-too-familiar world.

For someone who is unfamiliar with Gecko’s style of performance, The Wedding’s opening is bewildering, to the say the least. As the first performers take to the stage, they communicate in different languages – reflecting the troupe’s international nature. As the production progresses, actions take the place of words in explaining what is transpiring in the world before us. While you may be left wondering how much you are missing in the various monologues spoken throughout, Gecko will quickly win you over. From the get-go, their quirky nature is highlighted in the fully-grown man emerging from a slide, dressed only in his underwear and clutching a teddy bear. Greeted by an enthusiastic Madeleine Fairminer, they are welcomed with a gift in the form of a wedding dress, which in turn seems to promise an exciting new life for the arrival. As new arrivals make their way down the chute, however, it becomes clear that what follows is not quite what they were expecting.

The signs of an ominous turn are there from the outset, with the chute’s plush landing being the teddy bears abandoned by previous visitors. As for Sophie and the other recent arrivals, very quickly the honeymoon phase of their new life gives way to reality. The capitalist adult world depicted is both relentless and ruthless in nature, frantic and unforgiving to those who don’t fit in. Lucia Chocarro’s struggle to keep up with the status quo, to conform to this bleak lifestyle, opens up questions about individuality and innocence. This is further exemplified in the side-splitting interactions between Chris Evans and his fellow characterful outcasts. Despite their impoverishment, their spirited and humorous dynamic is a warm and welcome break from the soulless office environment.

Although lines are drawn between the two groups, the performers come together in thrilling sequences filled with energy and wit. The performers’ athleticism is extraordinary, their interactions with one another expertly performed. As well as having a knack for humour, the absurdity of the business world opens up some profound moments highlighting the vulnerability of many of its inhabitants. The non-stop demands result in a melancholic sequence featuring Ryen Perkins-Gangnes, whose character becomes trapped in the never-ending cycle of deadlines and responsibilities. The serious undertone of The Wedding becomes unavoidable as the show progresses; the need for change becoming urgent.

Despite the various languages spoken, there are some words that transgress language barriers – ‘spirit’ and ‘revolution’ – that become the driving forces behind those who wish to rebel against the system. These moments of clarity lead to stirring acts of defiance that will have the audience wanting to join in too. The Wedding thankfully ends with a joyous feel of community and victory that received rapturous applause on opening night. Gecko’s intoxicating energy is what makes The Wedding an unforgettable performance, and a worthy addition to the London International Mime Festival‘s run.