Declan Donnellan and Nick Ormerod’s Cheek by Jowl have staged no fewer than thirteen of Shakespeare’s plays, and in doing so have performed across the world in English, French and Russian. The extent to which they understand their source texts is clear, and The Winter’s Tale they present to us tonight at the Citizen’s Theatre is very well-crafted, a story of destructive jealousy told with clarity that also packs a surprising final punch.

The opening half thunders by, driven by Orlando James’ Leontes, and a text that has been cut in all the right places. This story of a king of Sicilia made mad with jealousy, who rages at an imagined crime of passion between Hermione (Natalie Radmall-Quirke), his queen, and Polixenes (Edward Sayer), King of neighbouring Bohemia, moves like a storm, tumbling and rolling through its audience. James’ performance might be a little one-note for some, giving us a Leontes who is seemingly “just mad”. Yet if you strap yourself in then it’s one hell of a ride. The first half of this tale is fast and kinetic and absorbing; there’s no chance to catch your breath as this man is torn apart by his jealousy, left wifeless and childless by the workings of his own mind.

Precision cuts to the text compliment a clear visual grammar which makes updating this four-century-old-tale seem effortless. The lords wear suits, sailors work in yellow rain jackets and Leontes punctuates his soliloquies by repositioning the bodies on stage to make the workings of his jealous and sex-obsessed mind clear to the audience. There’s an astounding clarity to this production, which filters through every movement and utterance. The text is clipped, easily digestible. You really feel like you know what’s going on, yet still with no idea about what’s coming next. Donnellan and Ormerod have approached the text and its staging with considerable care, and the result is a work that you can access and get caught up in with ease.

The Winter’s Tale is one part tragedy, one part comedy, moving sixteen years ahead and from the lands of Sicilia to those of Bohemia, following the journeys of Leontes’ abandoned daughter Perdita (Eleanor McLoughlin). The second half does not disappoint as the restraint of the first half gives way to something much more riotous. Large swathes of the Bard’s finest chat about sheep-shearing are left on the cutting room floor, replaced by singing, dancing and a Jeremy Kyle-esque talk-show, a convincingly staged modern pagan celebration led by Ryan Donaldson’s Autolycus. These departures from Shakespeare’s text are very welcome, getting into the spirit of Bohemia without having to carry all of the baggage.

As the tale nears its end, and the lands and families’ of Sicilia and Bohemia are reunited, Cheek by Jowl leave a sting in the tale, bringing the comedy full circle into the tragedy that preceded it. As the long-dead queen is magicked back to life to meet her daughter and forgive her husband, the whole cast embrace around the reformed family. All save for the lone figure of Mamillius (Tom Cawte), Leontes’ long-dead son, who ghosts across the stage and out into the darkness, pausing only to place his palm on his father’s head, a reminder of an action that can never be undone or forgotten. 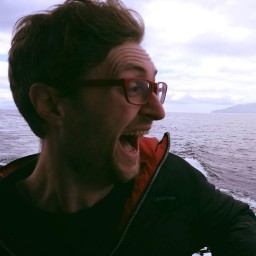