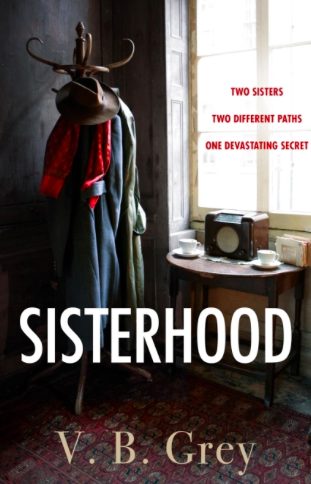 Two separate time frames tell of secrets and whether they are better left uncovered...

Freya and Shona are identical twins. Freya is a newly qualified doctor who has just moved down to London to work in an East End Hospital and treat those injured at war in the year 1944. Meanwhile her sister Shona has been recruited by the Special Operations Executive (SOE), a branch of the secret service.

Forty five years later in November 1989 the Berlin Wall is coming down and Freya, who has suffered a stroke rendering her speechless, is living alone watching tv with her daughter, Kirsty, who visits her twice a week. During one of these visits a Polish man called Tomasz knocks on the door and produces a photo showing what looks like her Aunt Shona with Gosia, Tomasz’s mother. He is hoping to try and find his father and wondered if Freya could help. Kirsty who is going through a difficult time in her marriage decides to investigate to distract her from her own problems and help Tomasz uncover any leads to help him. Unfortunately Shona has died and her war stories appear to have died with her.

The story unfolds in two separate time frames; 1989 related in the first person by Kirsty and the story of the sisters in 1944 in the third person and although a popular and oftentimes effective form of narration for this particular novel it may have been more appealing if the novelist had related the war story first and added the mystery about Tomaszs’s father at the end.

Furthermore, Kirsty is a character without much personality and the reader subsequently ends up not really caring what she decides to do with her own life whereas the story of Freya’s work as a female doctor in the days when penicillin was being trialled as a new drug against infection is completely gripping.

Much of the story is prompted by the real life of the author, Isabelle Grey, whose mother was also a twin and went to work as a young doctor in London during the war. Her sister worked in the Auxiliary Territorial Service (ATS) where she met a Polish exile.

Sisterhood is a book about secrets and uncovering the truth. The question is, are some facts best kept secret?