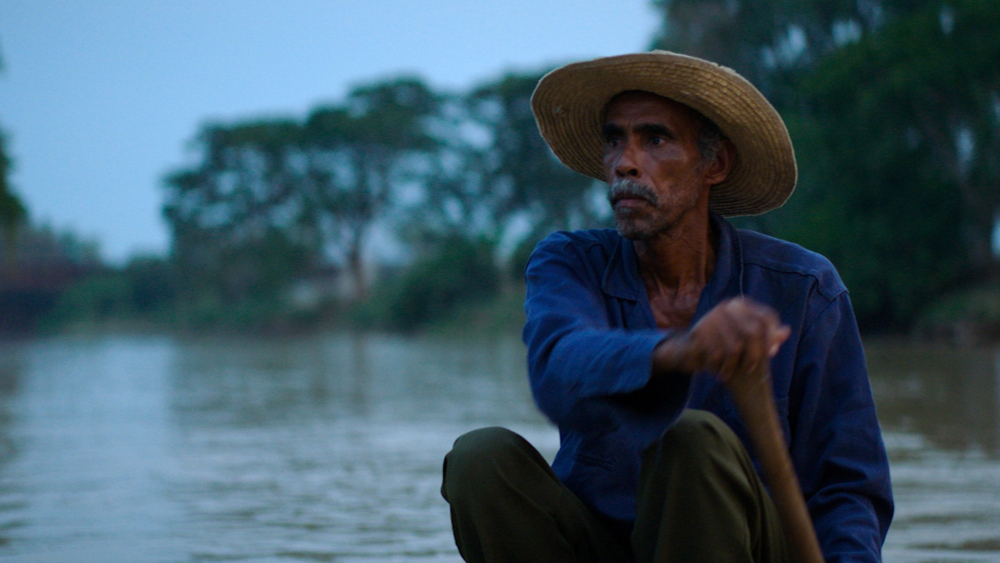 José (José Arley de Jesús Carvallido Lobo) is a simple Colombian family man who ekes out a meagre living by fishing on the Magdalena river next to his small rural village. After returning home late one night from a lengthy stretch on the water, he discovers paramilitary forces have ransacked the place, abducting his two young sons in the process. Painfully aware that the chances of their survival are slim to none, he calmly devotes himself to the task of recovering their bodies from the waterways that have supported them all for so long.

Following in the tradition of other award-winning Colombian features such as Embrace of the Serpent and Land and Shade (both released in 2015), Valley of Souls is a sensitive and measured examination of the human spirit in trying conditions. The violence of the storyline shares far more in common with the former than the latter, but all three films showcase Colombian filmmakers’ abilities to frame their shots with stunning beauty and allow their stories to unfold with unhurried impetus and quietly simmering emotion.

While that slow pace might be too languorous for some viewers, it makes for a powerful, often devastating journey that mirrors the one which José takes with his canoe, only interrupted by the violent buffeting of the AUC forces he seeks to evade on infrequent but invariably highly tense occasions. Indeed, it is the river itself that runs as the constant throughout the film, its gentle babbling an ever-present in lieu of an absent soundtrack, its ceaselessness a parallel to José’s own determination to succeed.

For determined he certainly is. Whether it be the pointed advice of friends and casual acquaintances who urge him to abandon his cause or the altogether more threatening discouragement of the paramilitaries themselves, José continues unperturbed in his quest. Despite the fact that removal of bodies from the river is punishable by death, despite the humiliation of being forced to search the corpse of a close acquaintance, despite the utter hopelessness of finding his sons’ remains in amongst the vast Colombian wilderness, he ploughs on regardless.

It’s the fundamental need to give his offspring a decent Christian burial that fuels his quest, given that failure to do so will condemn their souls to reside in the valley forevermore. It’s this tenet which inspires the film’s name and which loses something in the English translation; the original, Tantas Almas, literally means So Many Souls, with the clear implication being that there are many victims of the civil war who were not so fortunate as to have a loved one as steadfast as José in their corner.

Rincón Gille’s decision to use actors who had all been personally touched by the events of the conflict is deeply affecting. Carvallido Lobo is tasked with shouldering the burden of over an hour and a half of screentime almost singlehandedly, and although his performance might lack the finesse of more conventional actors in some scenes, the raw emotion and natural humility he brings to the role is instrumental in forging a bond with the audience, especially in the more tragic moments.

While Valley of Souls is a poignant and powerful piece of cinema that lays bare the grisly truth of one of Colombian history’s darkest chapters, it also shines a light on positive aspects of human nature, too. In addition to José’s unswerving resolve, he’s also helped along the way by sundry well-meaning villagers who, just like himself, have suffered from the senseless violence meted out by those with guns in their hands and hate in their bellies. This, coupled with the film’s quietly moving denouement, make the film a relentlessly bleak but ultimately resilient piece of Colombian cinema.