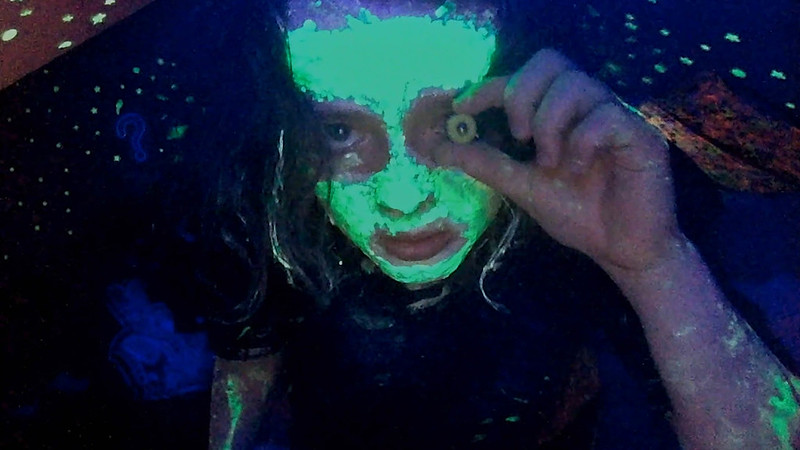 We're All Going to the World's Fair

Adolescence can be a desperately lonely place for some. Teenage outcast Casey has no friends to speak of or to and a fractious relationship with her neglectful father, desperately seeking companionship and identity wherever she can find it as a result. That journey inevitably leads her online, where she looks for meaning and kinship in the form of creepypasta videos and challenges – an unlikely source if ever there was one.

In particular, Casey finds herself becoming more and more invested in the “World’s Fair Challenge”, a horror role-playing game in which Casey must recite the same three lines in cultish incantation, smear her computer screen with her own blood and watch a minute-long video – before sitting back and waiting for the changes to her body and mind to occur. After trawling through clips of other game participants documenting their own observations – real or staged, we’ve never sure, though subtle suggestions point to the latter – Casey uploads similar stories, catching the eye of a mysterious older man named JLB who provides the connection she’s been looking for.

While Casey’s success in finding the camaraderie she craves could be a cause for celebration, it’s clear that their relationship is not a healthy one. Quite apart from the fact that he’s triple her age, their interactions are inextricably tied to the horror game through which they have met, with Casey continually going further and further to try and unsettle her new friend. But as she overreaches herself with each new video, the lines between RPG and reality become increasingly blurred and Casey’s fragile mental stability is called into question.

At heart, this is a film about isolation, loneliness and the search for a cure to both via the wholly inadequate means of the internet. With no one to turn to in her real life, Casey seeks out solace in the deepest and darkest rabbit holes that the world wide web has to offer. The damage that this does to her psyche is slowly but irresistibly drawn out over the course of the film, signalling the inherent dangers in a life lead almost exclusively online. Although billed as a horror, there are few (if any) jump-out-of-your-seat moments; the scares here are more slow-burning and existential in nature, as Jane Schoenbrun’s warped Bildungsroman warns how anyone can be coaxed into becoming something they’re not to please a shadowy cyber community, even if it entails unthinkable actions and catastrophic consequences.

While the messages contained within are worthy enough and Anna Cobb (in her first feature) gives a chillingly believable turn as Casey (supplemented by excellently awkward creepiness from Michael J Rogers), the film falls short in terms of narrative oomph. Sustained mostly by Casey’s online uploads and those of others playing the game, it’s necessarily slow, but the tension doesn’t build satisfactorily to warrant a high place in the hearts of horror aficionados. On the other hand, it works better as a perverse coming-of-age story, but even here the payoff in the final scenes isn’t enough to leave the audience feeling like the plodding build-up which precedes it is justified.

On the whole, then, it’s a very niche piece of cinema with interesting things to say about the constant scream of loneliness that is an overwhelming burden for many people in today’s disconnected, dispassionate world. Hopefully it’ll resonate with those experiencing their own forms of dysphoria, although it’s unclear if it will provide a sense of reassurance or comfort to them – and it may just fly over the heads of everyone else.