A wonderful selection of films with such a wide scope they give a unique and provocative evening of cinema.

An offering of five films from up and coming Quebec filmmakers contributes to an eclectic mix for cinemagoers, from animated graphic art to purely musical explorations. Anata O Korosu (Gagné and Roy) is a love-soaked portrayal of his subject, the beautiful yet unpredictable Anata, performed in Catalan and Japanese.

Demoni (Ushev) is a music clip of traditional folk, with quirky animation. Forgive and Forget (Truong) is a touching rendering of a breakup, while in Ina Litovski (Barbeau-Lavalette and Turpin) we see the tragedy of a child’s loneliness in an abusive family. Parting of the Ways (Dupuis) is a unsettling take on an illicit romance, while Requiem for Romance (Ng) is a genre-busting, anachronistic pictorial dream, juxtaposed between the visual world of cartoon and the contemporary.

A breakthrough charmer is the clown-like Herd Leader (Duranceau, Courchesne & Fréchette), which tells the darkly comic story of a mischievous dog and his morose owner. Everything is All Right (Aubert) is a chilling moving work, provoking more questions than it answers, and is the stand out piece from the set, staying with you well beyond its short 5 minute duration. It is a wonderful selection of films with such a wide scope they give a unique and provocative evening of cinema. 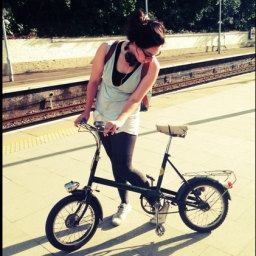