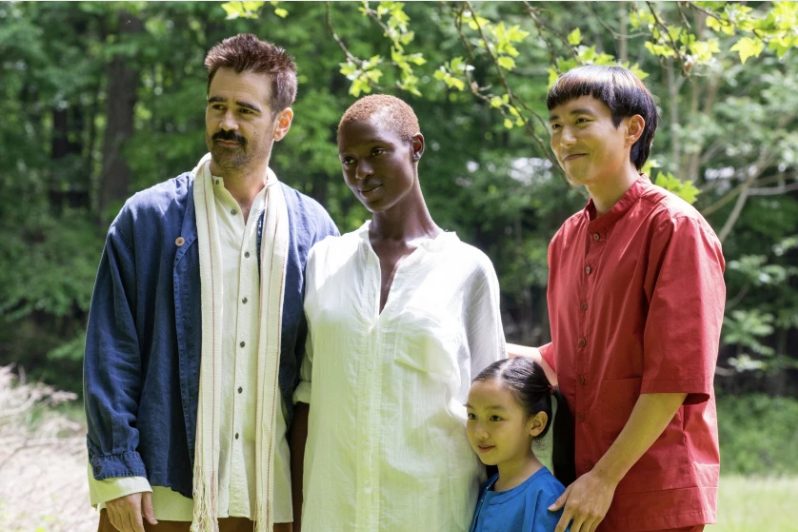 Edinburgh International Film Festival returns in its full capacity this year, from Fri 12 to Sat 20 Aug 2022. With the programme now available, our film editor Kevin Ibbotson-Wight has cast his eye over the listings and has come up with five likely gems.

The previous films of John Michael McDonagh (The Guard, Calvary) have been unfairly slightly overshadowed by those of his brother Martin (In Bruges, Three Billboards Outside Ebbing, Missouri). Calvary in particular deserves to be held in much higher esteem than it is. Perhaps The Forgiven (UK/ 2021/ 117 mins) will change that. This class-based satire sees unhappily married couple David and Jo (Ralph Fiennes and Jessica Chastain) driving to an opulent party in Morocco’s High Atlas Mountains. A sudden accident on the way forces David to confront his own destructive urges. Based on the novel by Lawrence Osborne and also starring Matt Smith and Caleb Landry Jones, both intriguingly cast as the couple hosting the party, the premise implies something of a purgatorial, Buñuelean edge to its satirical bite.

The folk-horror renaissance is firmly under way, and Huesera (Michelle Garza Cervera/ Mexico, Peru/ 2022/ 93 mins) is the latest in a busy year for the resurgent sub-genre. Focussed on themes of motherhood, it feels like it could play like a companion piece with Kate Dolan‘s brilliant You Are Not My Mother. While that film is driven by a child’s fear, Huesera flips that dynamic as Valeria (Natalia Solián) terror at impending motherhood manifests as visions of spiders and faceless creatures. In order to deal with these visions, Valeria decides to reconnect with a past she thought she’d left behind for good. Motherhood is traditionally fertile ground for horror, and Huesera has all the ingredients for a chilling treat.

Brazilian drama Fogaréu (Flávia Neves/ Brazil, France/ 2022/ 100 mins) is in the shortlist for the Powell & Pressburger Award for Best Feature Film. Fans of Kleber Mendonça Filho and Juliano Dornelles‘ extraordinary Bacurau will remember Bárbara Colen as the anchoring human element in an increasingly insane environment. As in that film, she plays a prodigal daughter returning to a small hometown after a long period of absence. In Flávia Neves’ debut she plays Fernanda, who returns to scatter her late mother’s ashes, and has to reckon with unfinished business with her family’s servants. Neves digs into Brazil’s brutal colonial past to excavate all-too familiar horror.

Peter Strickland is possibly the most singular British filmmaker since Peter Greenaway, and for a particular fan of that hazy boundary where genre meets arthouse, each new film is an event in itself. His latest, Flux Gourmet (UK/ 2022/ 111 mins), is also in the Best Feature Film shortlist, which is suggestive of some esoteric appetites among voters. This dark comedy sees a performance art trio participate in an artist residency at the (presumably fictional) Sonic Catering Institute. Gwendoline Christie (who was also in Strickland’s In Fabric) stars as the institute’s curator, alongside Sex Education‘s Asa Butterfield. How it ties together is anyone’s guess, but the joys of Strickland’s films tend to be sensorial.

The inclusion of the Closing Gala screening After Yang (Kogonada/ USA/ 2021/96 mins) here is a little bit of a cheat as it screened at Sundance earlier this year so it’s very much a known quantity. The frankly rapturous reception this precise and compassionate sci-fi received is well earned. Kogonada’s sophomore film takes huge themes from the likes of A.I. and Westworld and condenses them to a potent microcosm as a close-knit family unit struggles with the malfunction of their robot helper Yang (Justin H. Min). Colin Farrell and Jodie Turner-Smith are all bottled-up emotion and heartbreaking earnestness as the couple who try to get Yang back online. Worth seeing for the deliriously joyful opening credits alone.