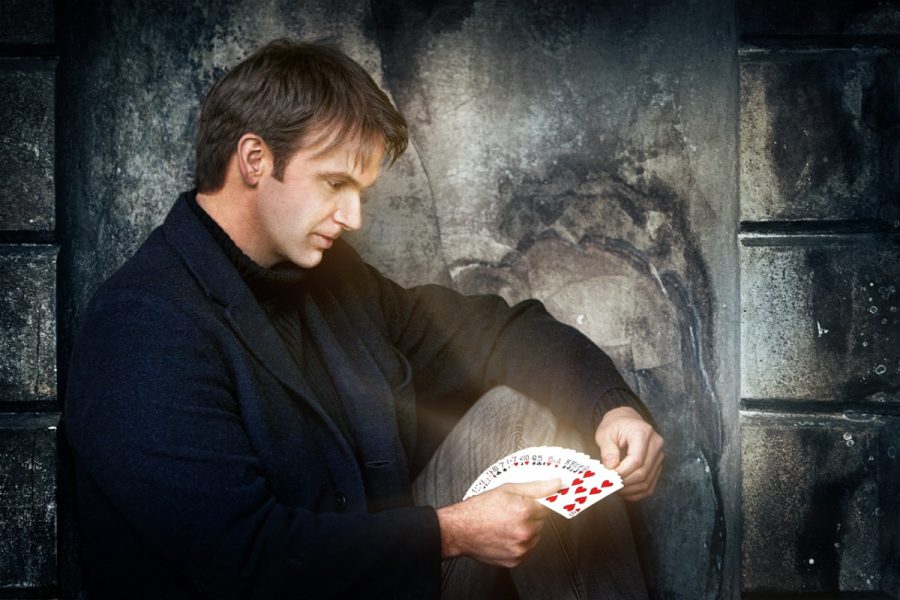 After great success last year, the Edinburgh International Magic Festival – a.k.a. MagicFest – is back again as if from nowhere with a puff of smoke and a bang. Running throughout the first week of July in venues within 5 minutes walk of the Royal Mile, there’s more abracadabras and shazams than you can wave your magic wand at as critically acclaimed magicians from around the world come together to blow your mind.

With a variety of magic including Comedy, Classic, Close-up and Mind Reading, the event kicks off with the Magic & Variety Gala Opening night at the Royal Lyceum Theatre. Artists include John Archer who recently achieved the unachievable by fooling Penn and Teller on ITV’s Fool Us, world-class juggler Antje Pode and award-winning sleight of hand artist Matthew Dowden. This will also be an opportunity to sample a selection of the acts that will be performing throughout the festival, with the evening culminating in the presentation of top-secret The Great Lafayette Award, not-so-secretly tipped to be going to the great Paul Daniels. This is a fantastic opportunity to see some of the world’s most accomplished magicians, and looks set to be the most magnificent event of the festival.

The Great Lafayette will be further commemorated in the centenary of his Edinburgh death in two special events. Kevin McMahon asks if Lafayette would wow the iPad generation in an exploration of the lives and popular tricks of magicians in 1911 compared to those of 2011, while historians Ian Robertson and Gordon Rutter give a fascinating talk on the extraordinary life and death of one of the greatest magicians of all time.

In one of the festival’s special events is perhaps one of the most recognisable names of the fest, BBC Real Hustle’s Paul Wilson. After sell-out shows last year, Wilson promises to expose cons and show us that anything is possible in an evening where nothing is what it seems. And if it’s a workshop to explore the capabilities and fooleries of the human mind you’re after, then Mentalism illusionist Colin McLeod’s your man.

From household names to rising stars is War of the Wizards, a competition in which aspiring young magicians showcase their talent in the hope of winning the opportunity to perform at next year’s MagicFest. Last year’s winners and runners-up will follow the competition in Wizardsnappers, where the exciting future of magic will be revealed. Learn how to amaze your friends and family with the President of the Edinburgh Magic Circle, Gary James, at his fantastic Magic School. Dress up as a wizard as the secrets of a hovering wand and the fusion of two pieces of string are revealed. Sound good? Start practicing your shoes-on-your-knees shuffle because the event is strictly for children only.

Some of the arguably most impressive magic often comes in its subtlest forms. Representing the world of close-up magic is winner of last year’s MagicFest’s Magician of the Year, Michael Neto, who can make objects disappear in a fiery mid-air blaze before your very eyes. Taking us through Experiments in Mystery is Lewis Barlow, regarded as one of the world’s foremost exponents of close-up magic. For those wanting to have their minds read, D. John Michael Hilford – consultant to David Blaine – amazes audiences all over the world with his ability to correctly forecast viewers’ futures, or for a combination of ancient mind reading methods with modern psychology, magic and humour, there’s Harrison Richards.

As with many of Edinburgh’s festivals, comedy will play a big part. In a two-evening special is award-winning Javier Jarquin with his dazzling ninja display of seemingly impossible card stunts, while the only female act in the festival (and one of the only female magicians in the world) is multiple award-winning international star and self-proclaimed diva, Romany, with her unique mixture of charming comedy and flamboyant glamour. For a more down-to-earth stand-up comedy feel is Alan Hudson with his Not-So-Secret World of Magic as he charts the highs and lows of his 20 year career. And in a Eurovision-esque knees-up for the final show of the festival is the late-night Four Nations Magic-Off, a sell-out in 2010.

And of course no MagicFest would be complete without the inclusion of some good old-fashioned Classic magic. Conjuring mysterious objects from thin air in a merging of real and fantasy worlds are Dion, the current European Champions of Magic; Florian Sainvet, winner of France has got Talent, and Xavier Mortimer, star of the Fringe 2009 and MagicFest 2010. With more of a combination of some of the great classics with sleight-of-hand and mind reading thrown in for good measure, Rob James will be throwing all his flair and style into his ingenious yet rarely-seen magical apparatus.

But MagicFest is not just about the typical performer-spectator format, as new unique events have been introduced to capture people’s imaginations. A magical cabaret will accompany a three course meal at the Royal Scots Club, while The Real Mary King’s Close will host a historical recreation of a séance. Even the Filmhouse is getting involved, with a series of both recent and classic magic-themed films, each of which will be introduced by a magician performing at the festival.

This looks set to be a truly magical event with a wide variety of jaw-droppingly mind-blowing tricks. Last year saw several sell-out shows so book early to avoid disappointment; see the MagicFest website for details.