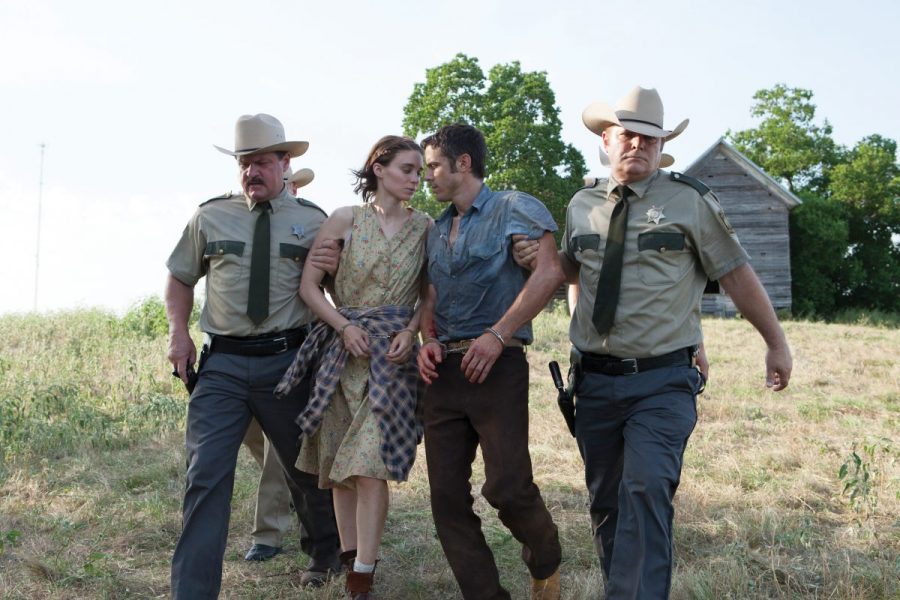 [rating:2/5] Insipid and bland, the audience go unrewarded for their patience.

It’s a modern fairy tale of good girl meets bad boy: he winds up with a life sentence in jail while she’s left raising the baby. Except it’s a little less straightforward than that; set in 1970s Texas Hill Country, Bob (Casey Affleck) has taken the rap for a crime committed by his pregnant girlfriend Ruth (Rooney Mara), but is determined to escape prison and return to her and the daughter he’s never met.

It’s difficult to synopsis this film because very little happens. Everything is vague: the time period, the mumbled speaking, the relationships, what everyone’s motivations are – even the storyline. All plot points take place off-screen, with the focus instead a reflection on how each character responds. But it’s nearly impossible to care how they react when we’re given such sparse insight into what really drives them; beyond naval gazing, there’s very little to cling on to.

The performances all-round are strong, but that doesn’t seem much of an achievement when each character remains emotionally flat throughout with minimal development, if any. With nothing spectacular about the way it’s shot to make up for its other failings, it’s not clear what this film considers its appeal to be. Insipid and bland, writer/director David Lowery has put his own vain desire to attempt some kind of poeticism over giving the audience something to get their teeth stuck into, with no reward for their patience even as the uninspiring ending slowly draws in.