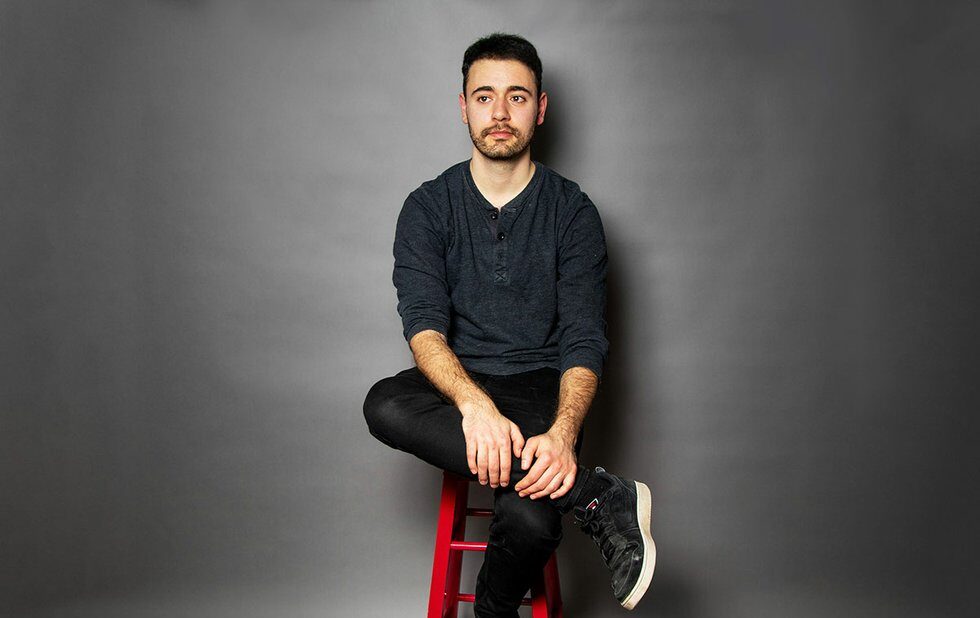 Anesti Danelis
This Show Will Change Your Life

While This Show Will Change Your Life will not change your life, it will likely leave you with a smile as wide as that worn by the charming Canadian himself

Tucked away in the New Town, The Hanover Tap is a bit out of the way from the main Fringe madness, and many venues have complained about limited footfall during August. Happily, musical comedian Anesti Danelis doesn’t seem to be struggling for punters. Another performer who carved a niche during the pandemic with a prolific line of videos about life in lock down, more than a few are surely here to see how Danelis’ live show stands up. And while This Show Will Change Your Life will not change your life, it will likely leave you with a smile as wide as that worn by the charming Canadian himself.

Danelis brings a winning, sunny demeanour to every song, interacting gently with the audience in between and taking a clear interest in the people who have come to hear him play. The tunes themselves vary from wistful acoustic strumming with sharply subverted lyrics to keyboard-driven stomp-a-longs. Danelis shifts more than capably between instruments and there is a clear Flight of the Conchords influence in some of his lyrical dexterity, and there’s a fondness for abruptly pausing a tune in order to hurl out a verbose punchline that’s intentionally out of metre, and which frequently undercuts the previous lyrics.

As with all shows of this genre, some songs are more memorable than others. Most are very good however, and two in particular burrow in like the industrious earworms they are through Danelis’ ability to extend a theme to the end of its elasticity. The first is a series of diatribes against all of who have slighted him, which he admits during the choruses were all said in his mind. The other, dealing with his sexuality, is an unhinged warning of what you risk happening when you dump a bisexual. Basically, he’ll plough his way through your entire family. The imagery would risk veering into the worrying, if it wasn’t delivered with Danelis’ inherently cherubic persona.

There’s often some scepticism when it comes to musical comedy as, like horror comedy in cinema, it can be desperately difficult to hit the correct balance. Happily, Danelis gets it absolutely right. The song-writing itself is never less than strong, and he’s an excellent wordsmith. He’s also got the bonus of that effervescent charisma.