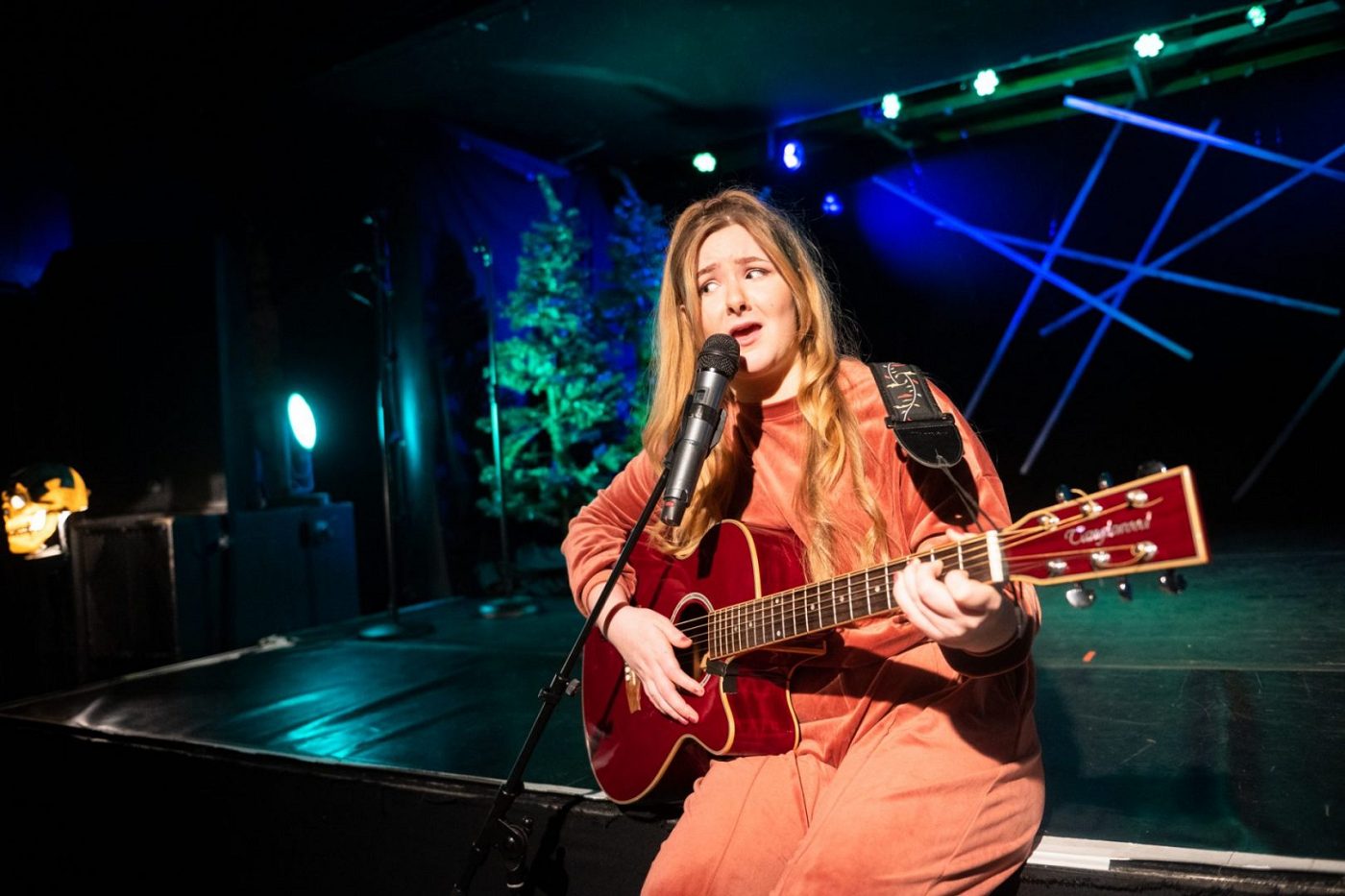 a strong feeling of going deep into childhood fears, surrounded by the darkness of futility and cruelty

The first thing you see of BABS is the fantastically simple, but effective set from Gemma Patchett and Jonny Scott. It has a slightly 1950s Atomic age feel with pipes arranged into a snowflake or a starburst, a few nude Christmas trees and skulls on either side of the stage. It’s midway between Halloween and Christmas, perfect for a Scottish retelling of Slavic fairy tales.

Very fleetingly the show frets that Russian culture is taboo, before emphasising that it transcends boundaries of time and place. The show abounds in such contrasts – it’s local to Scotland but universal in its storytelling, it’s cosy in its staging but the plot contains danger, loss and disruption, it’s sweary and contemporary but has an ancient aspiration in its Doric bones.

Our hero is Lisa, an ordinary quine, leading an ordinary life in Aberdeen. Her best friend (Shelly) has dumped her for a boy she dismisses as less of a person and more of a household item, like a kettle or a lavvy plunger, and she’s been excluded from the holiday she planned for them both in Ibiza now that her former bestie is going with Gareth (the lavvy plunger). Rudderless she enters and wins a competition for a retreat that turns out to be in the woods with Babs, an oracle whose real identity is hinted at as Lisa discovers her own.

There’s more comedy and wellness in Morna Young’s script than magic – though the atmosphere gives the opposite impression. Despite references to memes, eco-feminism, and staff discounts, there’s a strong feeling of going deep into childhood fears, surrounded by the darkness of futility and cruelty. You’re following in the footsteps of characters like Hansel and Gretel or Snow White as you search for meaning, friendship, and the way out. The ending is revealed too early, which drains some of the suspense out of the action, but there’s enough authenticity and charm to make up for it.

BABS is a solo show, with songs, performed and composed by Bethany Tennick, who is a natural with audiences and manages to move between storytelling, stand-up, singing, guitar playing and drama with ease, smoothly incorporating any unexpected noise or reaction. Their performance is so engaging that you could almost forget to credit director Beth Morton, who makes sure every beat has clarity, relatability, and style.

Winter is a time for taking stock and planning for the future, and this is a fun way to think about what we are and where we’re going, while having a laugh, and sharing the journey.