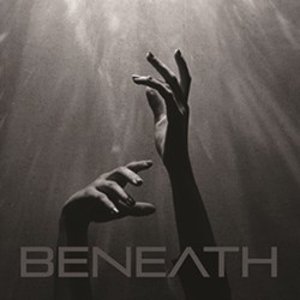 Lack of experience is balanced by an abundance of energy

Tess and Jo are trapped deep under water. They don’t know how they got there, but they know why. The land has been flooded because of climate change. Tess thinks the only option is to stay where they are; Jo wants to escape.

Her opportunity seems to arrive when they’re joined by Kris and Dani, survivors from down the tube-like capsule they’re living in. When freqeuent alarms start causing extreme pain and memory loss, it makes moving imperative. But there’s a snag…

There’s no preachy rhetoric in this new play by Daniel Gee Husson. He was inspired by intense wildfires near his home, and his characters are reacting to their immediate circumstances. Tess thinks old plastic might have practical uses; Kris has a visceral disgust for it, blaming plastic for destroying her life. Jo misses her work as doctor. Dani is concerned with the capsule. Only Tess has adjusted. He was happy to whittle sticks and catch fish.

It’s a young cast, so lack of experience is balanced by an abundance of energy. They never let the action flag. Combined with its increasing jeopardy, this gives a story about having nowhere to go at the end of the world a strong and compelling narrative drive.

The recycled costumes by Delaney Tesch have a pleasing look of 1980s dystopian sci-fi. If you love old Doctor Who, you’ll love Beneath. Dani, in particular, could have been a companion in 1983. And they spend a lot of time going in and out of tunnels from what is, in effect, their Rebel Base.

In a director’s note, Karin Saari, invites the audience to take action to combat climate change before the planet is no longer habitable. And if the play doesn’t quite get you to offset your carbon footprint and join Greenpeace, it’s very likely that you will start thinking about contingency plans.

Topical, but enjoyable, this is well worth seeing.