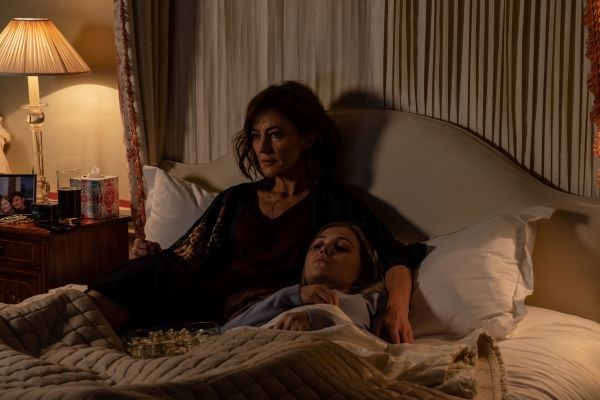 When black market surgeon Jo (Antonia Campbell-Hughes) receives an offer from crime lord Bernadette (Orla Brady) to perform a crucial surgery on her severely ill daughter Eimear (Beccy Henderson), she initially sees it as another working day. However, when Jo helps Aine (Amybeth McNulty), a teenage girl held captive by Bernadette, to escape, she finds herself torn between her loyalty to her dangerous employers and her maternal instincts, with only her estranged husband Richard (Keith McErlean) to turn to for help.

Director Eastwood provides an intense pace to the action, with the opening scenes showing Jo attempting suicide and flashing back to her working illegally as a surgeon serving as effective ways of introducing the audience to the breakneck speed at which the film’s narrative progresses, as well as the severity of Jo’s situation. This high level of tension extends even to the film’s expository and character development scenes, which are conducted with the maximum of efficiency in mind. Details about Bernadette going to lengths to ensure that Eimear receives her much-needed surgery, Aine revealing how her boyfriend deceived her and the reason behind Jo’s estrangement from her husband are provided in a shorthand manner that avoids spelling out plot and character details and does not disrupt the fast pacing. Eastwood also effectively emphasises the tension of the crucial surgery sequences, particularly the climactic organ transplant involving Eimear and Aine, which genuinely leaves room for either a positive or negative outcome as Jo appears to be trapped in an inescapable situation.

The performances from the cast all help to contribute to the overall tone of the film, with Campbell-Hughes in particular effectively articulating Jo’s worn-out nature as well as her growing relationship with Aine. McNulty herself embodies Aine’s headstrong manner, neatly handling her scenes alongside Campbell-Hughes and making their developing relationship appear believable. Other stand-out performances include Brady, who manages to reconcile Bernadette’s desperation to find a way of keeping her daughter alive with her menacing intimidation of Jo using her criminal connections, and McErlean, who conveys his shared trauma with Jo as well as the effect this has had on their relationship, with a subtle restraint that is more effective than overly expressing his emotions.

Black Medicine is a nail-biting thriller that never lets up. This is in part due to first-time feature director Eastwood’s decision to keep the pacing as fast as possible and the resulting tension high, but also because of the strong performances from all involved, in particular Campbell-Hughes, who makes Jo into a fully-fleshed out character with a rich inner life.